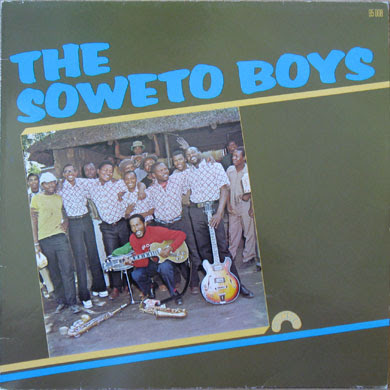 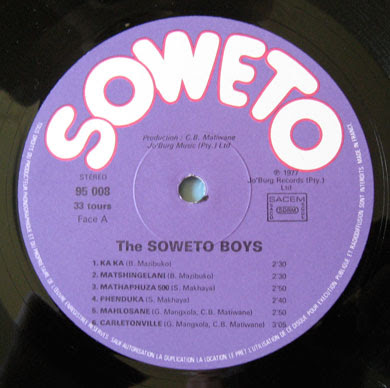 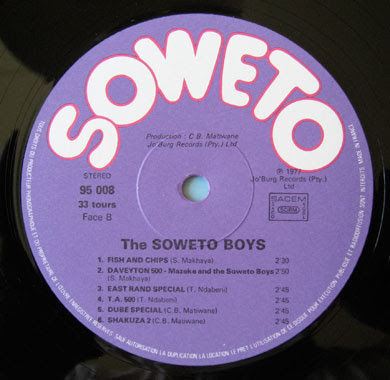 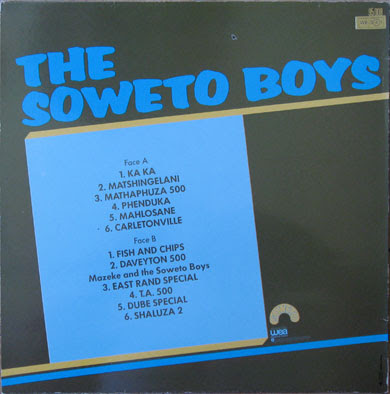 Well it was a long summer and as winter has already arrived, it was snowing already last week!! Even though it is milder today it is just temporary and it is high time to prepare for the yearly hibernation, and build up a protective layer of antidotal canned sun and warm environmental sounds. I don't know if you have noticed but there are very few sounds from colder climates in this blog.

To make the transition from the constant 40° C and maximum humidity of mountainous southern parts of China, were most of this summer was spent, I recalled the warm music that would liven up and thaw the most frosty party in the Beijing winters of the late seventies.

This and the following record was spinning on most K7-decks in the parties attended by the Luobaniyan diaspora and their friends at the time. I brought lots of blues, rembetica, free jazz, contemporary avantgarde, some second Vienna school, african popular music of course, as well as indian, persian, arabic, balinese, javan, japanese, korean, and even chinese folk and classical music, well all sorts of music one simply cannot live without, not leaving out Zappa, Dylan, Marley, Brötzmann, Frank Wright, Coltrane, Satie, Buxtehude etc.) anyhow that was more important than clothes, back then when I went for some years to China to study at Beijing University.

After a few weeks, I already had the pleasure of hearing dubbed copies of my tapes from all sorts of student dormitories and I was especially popular with the african student community that previously had had very little and totally worn out music to listen to from their homes. I brought a suitcase with mostly K7-tapes, (more than two thirds of the suitcase) a tapedeck and coffee, and almost no clothes, as I knew what one could and could not get in the shops there.

My student room in the northwestern part of Beijing became a small music café and when I now and then ran out of coffee (thank you Per and all other friends who kept sending coffe on and off until we finally found the coffee from Hainan Island for sale in Tianjin, and that we could roast in the various diplomats and journalists ovens, where we partied under the pretext taking care of their apartments and of watering their plants!) Other fellow students would bring their precious coffee beans and also bring some really great music. I came in contact with lots of new cultures and musical traditions especially latin that I had not listened to much before. Especially strong are the impressions from the great recordings by Grupo Folklorico y experimental de Nuevayorquino that I think I ought to post here later as well!

Anyhow many, many where the parties were a large part of the music I brought along was played over an over again! Lot's of Fela Ransome Kuti, Lots of Franco and OK Jazz, Maquisards, Bantous de la Capitale, Zaiko, Pepe Kalle, Empire Bakuba, Orchestre Veve, Stukas, Baobab, Etoile de Dakar, Orchestre Mopti, Bembeya Jazz and many others, but I think above all, The Soweto Boys and The Good Boys were among the most popular and the most widely appreciated. This was quite a bit before Paul Simon made his records with South African musicians and before EarthWorks/Virgin, Rounder and KAZ bigger series of South African music were compiled and still today I have not found much music that matches the drive and positive feeling of these records. As much as I love Mahlatini and Mahotella Queens The Makgona Tschole Band this music still has a very special place in my heart and it feels closer and a bit more unplugged, acoustic and holistic...

The Boyoyo Boys, may be the group that to my ears sounds closest to the Soweto Boys and The Good Boys, and maybe upon closer scrutiny there are connections and even some of the musicians may overlap. I don't know and have not sat down to research this yet. Maybe the good Nauma or someone else more closely involved with the South African scene could shed some light on this! I have a lot of South African music but only stayed at the entertainment level of it and never made the plunge real deep. I know that I love some of the sounds and above all I find the guitar work by Marks Mankwane some of the most moving I have heard in this music.

I also wonder if anyone can translate the spoken intro to the first track of this LP, I have always wondered what on earth is communicated in that animated verbosity!

Here is a separate file with that part only for easier distribution and handling should we get any help from native speakers or someone learned enough to decipher it ...

I hope, that you, like me, feel the warmth, mostly from the people making the music but also the radiance from the warming sun and the hopes of the times preserved in these recordings!

Welcome back, bo! So nice to read your reminiscences of the time when these records were getting played a lot at the "small music café" in Beijing. :) Those sound like fun times!

Where I am, as you well know, I have so much excess warmth (weather-wise). If there were a way to distribute it to other places colder than my own, I surely would! Nevertheless, warm music and friends are always welcome, and received with open arms! Thanks! :)

Thank you very much arvind for your kind words and you shall know they help a lot to thaw the cold and soon totally frozen land around me. Do blow some warm winds over here from time to time and I will continue to dig out warm music!

Thanks for the words and sounds! I'll ask someone to listen to the intro sometime and get back to you

I also suggest you consult with the minds behind my favourite SA blog Electric Jive - brilliant! I requested to ANOTHER blog for some records by an obscure artist and lo here they were with an amazing compilation of the guy complete with translations of all the funny intros! Unbelievable...

Check out the post on Boy Masaka to taste & see for yourself.

STUTTERER "Greetings, security gaurd!"
OTHER "Who says I'm that? I'm a cop."
STUTTERER "Oh. I need a place to kak"
COP "Go down the road see some bins at the end. Don't use the hand you eat with use the left hand. There's some newspaper around here."
STUTTERER "Thanks but listening to your explanation made me shit myself"
[cop perplexed and pauses, taken aback]
COP "SIS get outta here you dog!"
[audience laughs raucously]