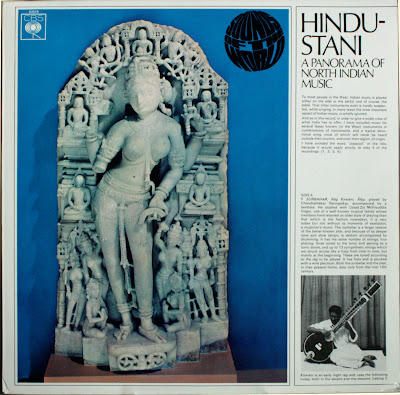 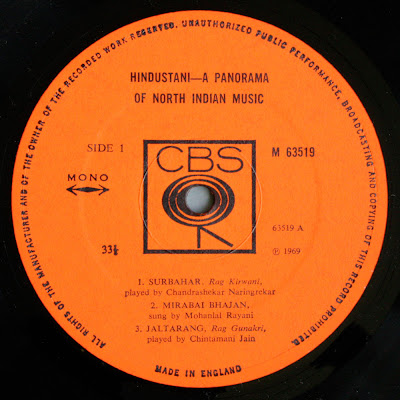 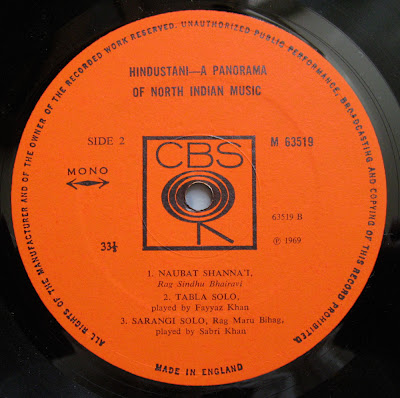 I'll share some more instrumental Hindustani Classical before I move on to the vocal.
I passed by the editorial office of Panchamkauns the other day and as they were all out for lunch, I started to skim through the dimly lit shelfs in a storageroom behind the office when I stumbled upon this absolutely forgotten wax. It was standing there with some Bade Ghulam Ali Khan, a few Balachanders, and generally items that no one seemed to have given a thought about for ages.

As I had never seen it before and as it contained a track that I had never heard by my friend Chandu, the Sitar & Surbahar player who prematurely passed away only a few years ago. I decided to quickly save that and some of the others for posterity and as it turns out, no one at the office has missed them yet. I guess they are all busy writing critiques of newly released CD's anyhow. I will return them of course, but not until I've digitized them and shared them here... 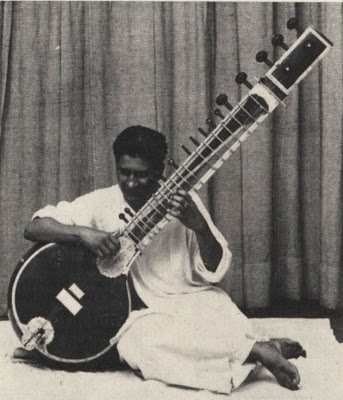 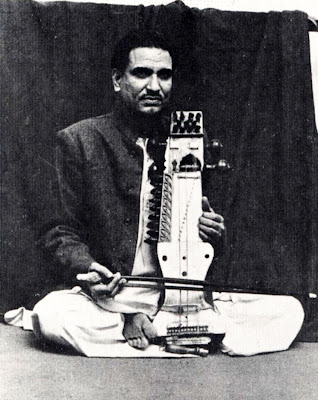 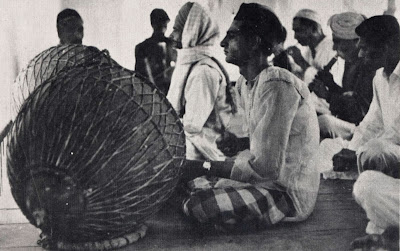 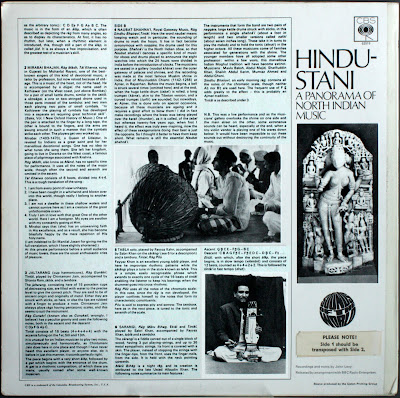 Here is the first of the records I lifted off their shelfs ...

Wow, you continue to do us great service, bo! Its inspiring to see your enthusiasm and dedication to giving new life to forgotten and sometimes discarded vinyl, even for ones you found quite unexpectedly ;) I can't even begin to tell you how grateful I am.

Thanks must go to Panchamkauns too in this case. We're lucky they still kept this, and didn't just throw it away, like many others in their place might have done.

Highlights for me are the beautiful piece by Chandu, and the extremely rare Naubat Shehnai recording. I've only heard this mentioned by elders, never had the fortune of seeing it played. I even enquired about it on a visit to the Ajmer dargah some years back, but I was told it had stopped a long time back. The new generation didn't even know about such a thing, only a few elders remembered it.

But now, we have this recording to tell us how it might have been.

Happy that more people can appreciate these to my ears rather interesting morsels, and possibly will be equally happy with my next post. :-)

Thanks to the murky back room shelves of Panchamkauns (oh yes there is some more to be found there) we could attract another compilation LP of John Levys recordings from the same time...

Nice also to see that at least one of the editors at Panchamkauns came back from lunch...

If you are still having trouble to get "The Music"
It would be clear to you if you read my first post.

Is there any possibility of a lossless rip of these gems? These albums are truly stunning and the fact they are being shared is truly amazing (respect for your efforts). But their true worth is belittled to quite an extent by the bit rate, is there any chance of a lossless upload?

Please note the link is working but the archive is 0 bytes so something went wrong somewhere. Please reupload and thanks so much for your efforts

as Kalinnikov said, the link is working but the downloaded zip is 0 bytes...perhaps you might take a look? Thank you, more than words can tell, for what you are doing for those of us for whom music matters as much!
-A Nonny Mouse

Hi Mr Bolingo
The ADrive link is deleted or corrupted. Plz re-check.
Thanks