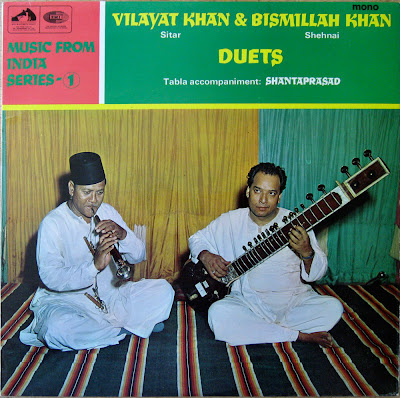 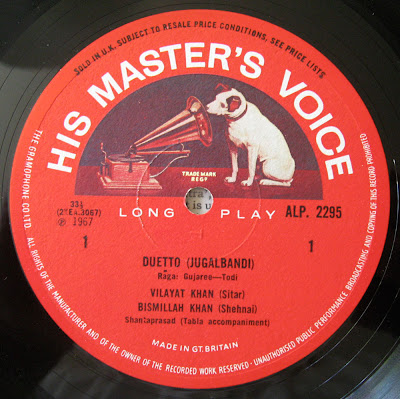 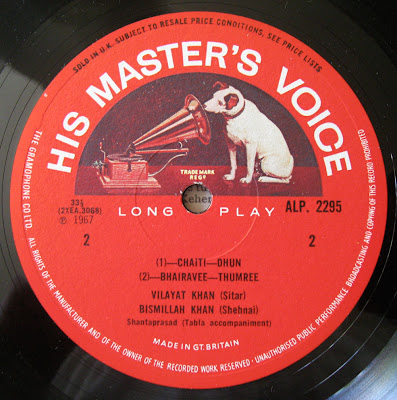 In the late fifties and early sixties there were very few possibilities for an adventurous kid like myself to hear any non "western" music. (please excuse the expression it is really as daft as the expression "World"-music, but I hope you interpret it as according to my intention) I remember trying hard on the shortwave to find any such music and remember at least now and then finding some arabic music probably from French stations catering to the north African diaspora.

Mostly, if there were any hints at all at such music it was just to add some exotic flavour in movies and almost never autenthic at that. This was especially true in the northern countries of Europe and even more so if you like me were born and grew up in a small rural community with no dedicated record dealers but where the whole stock of records were sold in the basement of the bookshop where they would not let you in unless it was clear that you really appreciated Western Classical music and would behave. Even Bill Haleys "Rock around the clock" was frowned upon and when my father ordered a copy of that on 78 rpm from them i was already stigmatized. The only other source for records were by the same shop that made a better living selling Milk, Bread and Butter. But there, to my utter disbelief, one day when scrutinizing their sale of left behind LP's with music that none of the locals would wrap their ears around, there in the daily supplies shop, right next to the shelf's of children toys, I was pulling up two Indian classical LP's in the EMI Music of India Series vol. 1 and 3. They were at half prize, a ridicilous sum today but still astronomic for a teenager like myself back then. I could not afford them but I insisted that the shop assistant, even thou he said that no one would buy them anyhow, put them aside in my name, and I made a promize to come up with the sum whitin two days. Those were sleepless nights and my mother who always supported me especially in quest for music still reluctantly and not really seeing what an opportunity this was, finally caved in and gave me the money to buy one of them. Terrible dilemma to choose and I had not heard a single note from either albums. I went with the most "autenthic" looking picture, I think it was the instruments and the concert mat that got me. And I bought vol. 1 but still insisting that they keep the other volume a few more days.

The clerk agreed, but could not believe that I wanted both, as they had been delivered to the store by mistake and that they had actually ordered other records but gotten these as the catalogue numbers had been similar or something like that. He even agreed to knock of a little more on the prize and I went home to listen to the first LP. The feeling was none other than total bliss. Finally I had heard real music that was not just trying to entertain you but regarded the listener as also having a soul and maybe in need of healing. The music was like a flight, a long journey at times floating down the river, a wonderful vehicle for the extreme longing I was specializing in, but at the same time a reliever of pain. I was completely overwhelmed and after repeated listenings also entering a satiated stage like I had finally gotten nourishment for my mind and not only heart and they they were one, and a feeling of coming home at last.

Nowhere was this occidental feeling of a rift between the body and soul, between the heart and mind. And finally, after listening over and over again I was in a constant state of total bliss.
A few days went by and I don't really remember how, but I think I found and sold scrap metal to a scrap dealer and came up with most of the money myself, probably my mother helped out a little again and I got the second record! This time at half the half prize!

So here is the first LP of Indian music that I heard and I am ever so thankful for that wrong delivery, as my life since then, has never been without a serious amount of Indian Music. These were not the orthodox classical repertoire as it had become a fad with "Duets" i.e Jugalbandi, actually still a very vital genre, but not always with as good results as these two samples. The quality is preserved here in spite of the at the time nouveauté, mainly because of the stature of the performing musicians. I remember the first listen to shenai to be overworldly and I have a special soft spot for Bismillah Khan ever since. I had only heard something similar litstening to the soprano of John Coltrane. Something that also happened around the same time as this. 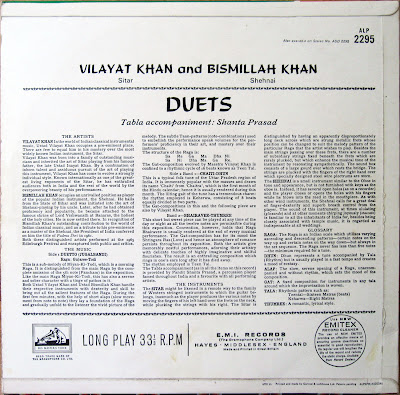 WWOOWW!!!! this is downloading right now -- i can't wait to listen.... There are in existence some more recent duets from these guys, but I have long been looking for the "classic" recordings that always seemed to get excerpted on the "raga rang" (or whatever) tapes i used to buy at shrimati's in berkeley, decades ago.... such beautiful music!!!! i can't wait to hear the rest of your posts, too!!!

Very glad you found it!
I have been keeping it for more than forty years...
;-)

Thank you so much. I look forward to exploring your website.

Very well written introduction. Love the personal story behind this. Thanks, also, for making available!

thanks for sharing! looking forward to exploring your site