Here is a 2 LP Box from the Archive Productions Series - Musical Traditions in Asia.
This one is to my knowledge not reissued on CD unless it is on one of the four Ocora
CD's. 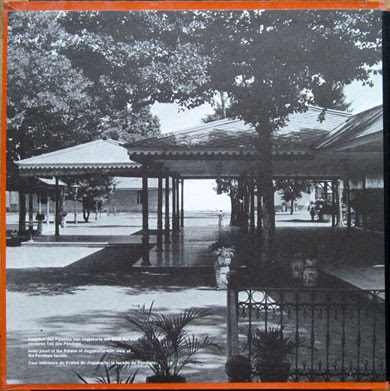 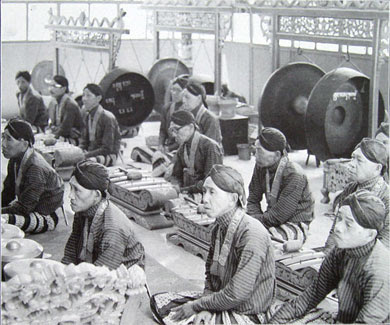 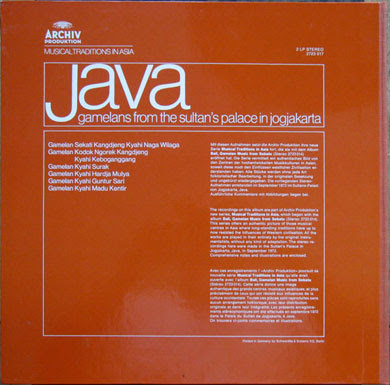 This 2 LP Album is of the 4 sides gatefold w. 20 pages album book, 10 text in english, french and german and 11 full page photos.

This is a very premeditated upload that have been a long time coming and therefore backdated as it took me extra long to finish. I had to rip this with three different pickups and needles, and I am still not satisfied. The first side is still a bit to "fuzzy". I both love and hate vinyl, I actually prefer 78 rpm. I do not like to use any depop and decrackle software filters. so this is what you get, but what can you do. The best field recordings and recordings of non european music was published in the seventies.

The records are absolute mint condition and it is not possible for me to understand the slight hiss now and then, as I remember them as flawless when playing in the seventies.

Back then I usually made cassette copies for listening and put the original record away in rather dustfree storage, and it has been a big surprise again and again that some of those tapes still sound better than the original record! I don't have the K7 copy anylonger so in this case I cannot compare.

Anyhow, I don't think it is that common anymore and may be a little of a rarity.

Don't miss out on the rather nice discography on Jaques Brunet's published recordings and then some!

beautiful color scheme & major potential to finally get luobniya on the map proper like. yur rightfully linked in the sidebar thingy from the owl nest to boot. mucho bolingo masterful masturfung.

Great new blog, Bolingo! Thank you very much for these wonderful Jogjakarta albums

you rule, this blog rules already!

Thank you all for your kind words!

@ Janas did you rip your Bali Archiv albums that you found on an excursion to france the other summer? How do they compare to the ones I posted here?
Nice to see you roaming around Luobaniyan quarters :-)

Ah, this is terrific! Thanks bolingo!

One thousand winged messengers of luck and well being I send to you in your blogging ventures!

Thanks for your welcome, Bolingo!

At first listen it seems there aren't great differences between the two rips. I think this mainly depends on the quality of the Archiv vinyl and recordings.

You can download this file to check yourself the difference regarding the two rip versions of the first track of the first album.

I just wanted to check in and let you know I've really been enjoying these recordings. All the best to you.

Makes me extra happy as you were one of the targeted people! ;>)

Hope you found some other stuff worth listening to as well! The Celebes maybe? There will be more Java but I have so many things I want to post so I don't know what will come next. But I have at least already ripped four more Java, we'll se when they get in line...

Brilliant blog! Thanks for this and the banda disk. You've got one more regular now...

Nice to have you as a regular!

Now, I soon will start posting again after a rather long journey...

Great music Lars....preserving our musical heritage of real music. Loved the koto posts, however you cant go past Reiko Kimura's Music for Koto cd, her version of Midare is quite out of this world. Thanks just the same, Hiruma Handa koto album is quite a superb album...and different ...pity he seems to have vanished ?
Would you by any chance have Bhuddist chants/music from s.e. Asia/Japan? Please say yes.
One more question ...how do download stuff from HolyWarbles...I hope that wasnt a rude question...anyway salutations, au revoir, adeus, a bientot, adieu, and so forth ...muito obrigado, thank you for your generosity and efforts.

As soon as the time is ripe there will be lots of Buddhist chants, including several tibetan, some Japanese some Chinese and even some Korean are already ripped and ready to go if only my poor fingers could suffer all this editing a bit better.
I am not joking... I am really, since many many years now, suffering from severe CTS and should not be doing this but...

But really, there will also be much more Japanese, Chinese, Korean, Mongolian, Afghanistan and of course it seems now that there is only Africa and India but there is already a cue of LP's waiting of Java, Bali, Oceania, Turkey, Egypt, Morocco I may even risque an excursion to both north and southern american Indians... and even more, so stay tuned lay back and listen and be adventurous and try some of any of the other music

Ooops, almost forgot! The Howling Garbles can be found in the first comment to each post usually under some potent character spells by none other than the beaked burd hisself... Just click and save... Good luck...