Here finally, is something I wanted to share for a long, long time. I have been editing and pruning for quite a while and only the last couple of days did it get close to the quality I like.

In the beginning of the seventies EMI Pathé started a series called Arabesques, oddly enough there is almost no traces of this production on the web. No reissues on CD to my knowledge, and nothing shared. A couple of questions in Mikes oud bulletin board, a dutch collector has some copies, occasionally there is an odd volume for sale. Actually there seems to be ten volumes all together. I only had five and now after all these years I can only find four. The ones I can locate are the three 'Ud records, and one Qanun. The missing one was nay, If someone has a copy of that I would be delighted! I remember it was good, but the player Selim Kusur I think has other solo nay records that may be available. He is a very good nay player and I am sure many of you are familiar with his music. He is well represented on many recordings and used to make frequent appearances in various ensembles on Syrian National TV. He is very good now but it would be nice to compare with what he sounded like back then, but alas, it is gone. Well it may appear by fluke, maybe it is just misplaced and hiding in some shelf.
To start this of properly here is the promotion folder that I kept for all these years. I still remember having only one of the volumes and now and then looking at this brochure, while waiting for the others to materialize.

This is the promotion brochure only, the music will start appearing in the following posts! 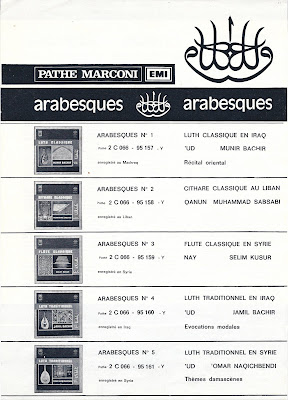 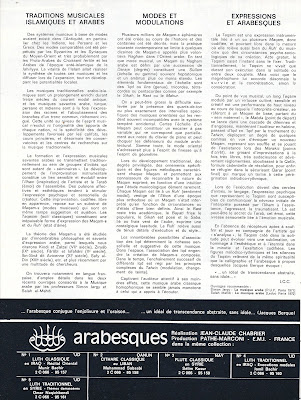 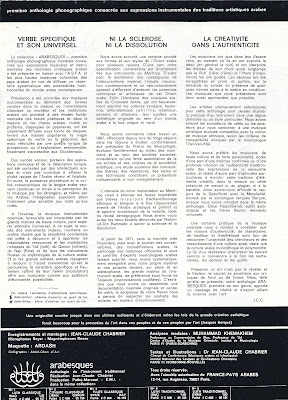 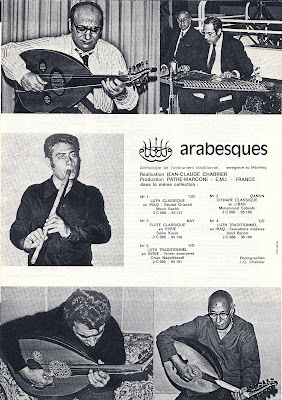 Just so you can read better what will come, and I feel confident that some of you will enjoy this: 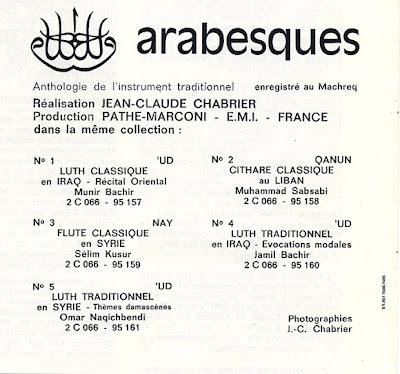 "I feel confident that some of you will enjoy this"

that's something you can be sure of!

Go right ahead Miguel! They are all here now. But phew it was a lot of editing I am still learning teh ropes of this blog. It does a lot of stuff behind my back ...

Nice to see you around! I'll make it worth your while!

This series looks more than interesting. Thanks so much for sharing, I'm about to start downloading and peeping these out now.
Thanks again!

This set—and the entirety of your offerings—is spectacular. Deepest thanks.