D.V. Paluskar - some more of his plates reissued on LP 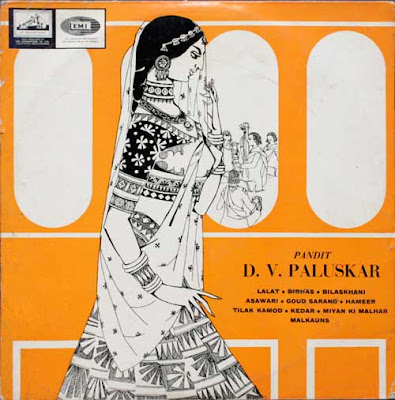 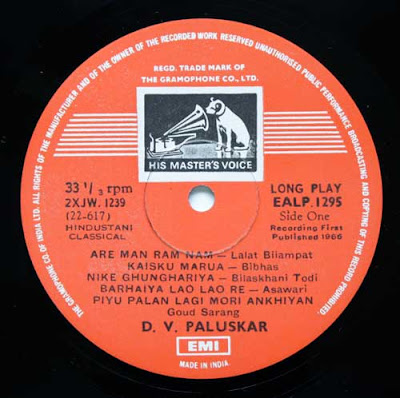 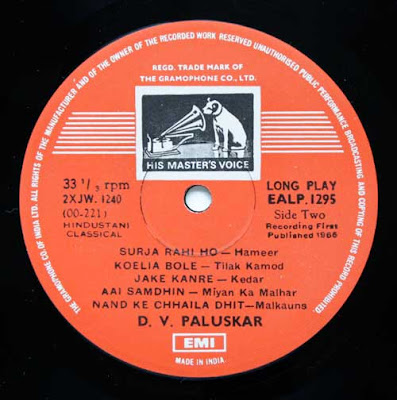 A very promising career was cut short suddenly and prematurely when D V Paluskar, a celebrated son of a celebrated father, died on 26th October 1955 at the early age of 34 years. And Indian classical music suffered a loss that cannot be made good. 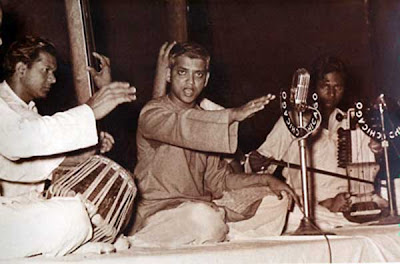 The only son of the illustrious musician Pt. Vishnu Digambar Paluskar, who was known for his virtuosity in the classical field throughout the length and breadth of the Indian subcontinent, young D.V. Paluskar was deprived of paternal grooming ï the art of singing at a very early age on account of his father's death. His musical heritage however helped him to pursue his art under the tutelage of various well known musicians notably Prof. Narainrao Vyas and Pt. Vinayak Rao Patwardhan, both pupils of his father Gradually he evolved a style of his own in marked contrast to that of his contemporaries and ultimately attained a place amongst top-ranking musicians of the day He was a frequent broadcaster from All India Radio stations and was a prominent member of a cultural delegation that visited China in 1955 at the instance of the Indian Government.

For some more music and info about D.V. Paluskar see previous post here

I still of course have no excuse for posting so few Hindustani female singers, and there will be many later on but I also have to go with my main interests to keep myself happy. There will also be some good compilations of thumri and even ghazals but first some more of the more serious and profound music, the music that makes you want believe in our species, that makes you want to belong to mankind without any remorse and associate with the one force that can purify the mind and hopefully purge the greed from those that have gone astray and do not see where true wealth is. It is here in this music! I hope you will all feel the benevolence emanating from the truly human sounds of D.V. Paluskar... 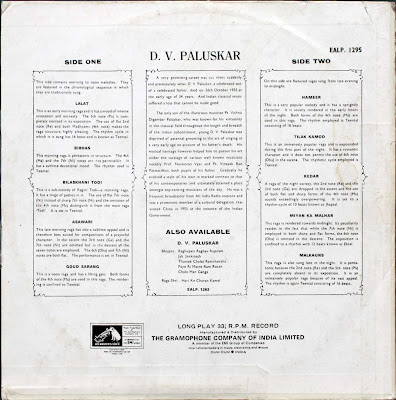 A great singer who might have eclipsed all others if only he'd stayed in this world a little longer! Even in his early 30s, he sounded more soulful and profound than many so-called "Ustads" managed to at the peak of their careers.