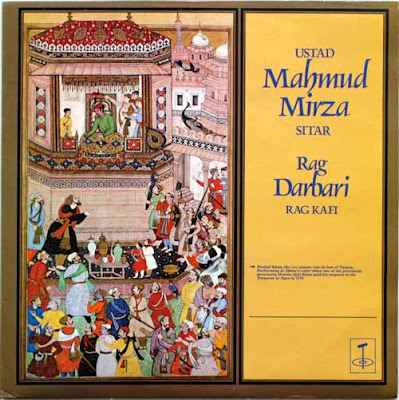 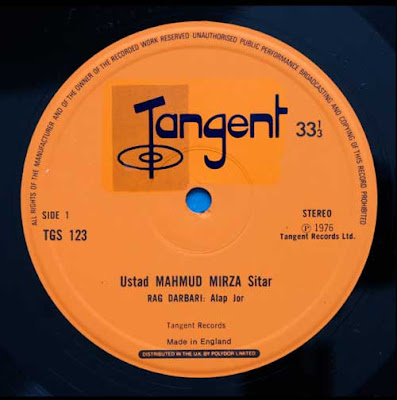 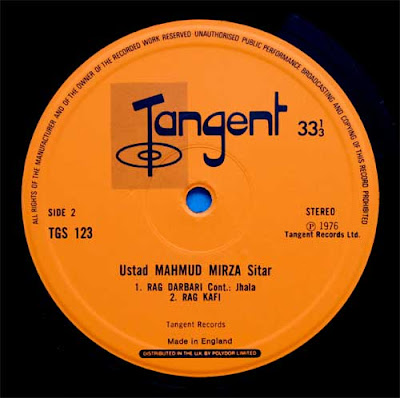 Here is a record that I don't think has gotten the attention it deserves, I don't think it was ever re-issued. The recordings were made in London in 1975 and was one of two LP's with indian music on the label Tangent, that in my opinion had a small but very good catalogue. I will come back to some of the other releases later among them two Mongolian LP's and the 6 LP from Music in the World of Islam Box. 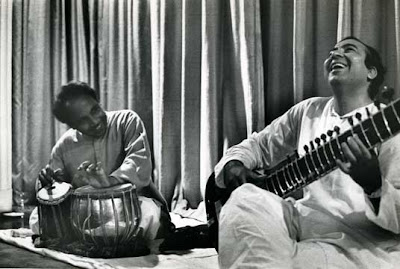 Ustad Mahmud Mirza was born in Delhi in 1935. At an early age he was taught the sitar by his maternal uncle Ustad Hyder Hussein Khan who initiated him into the Seniya gharana an instrumental tradition founded by the descendants of Miyan Tansen the court musician to Akbar the Moghul emperor.

He was later initiated into the Kirana gharana by his second teacher the vocalist Pandit Jiwan Lal Mattoo; a student of the renowned vocalist Abdul Wahid Khan, with whom he studied the ragas in depth over many years. Mirza first performed in public when he was 11 and at the age of 13 he was the youngest musician ever to be accepted on the staff of All India Radio.
In the late sixties Mirza made his first appearance in London where he now resides. He has performed in many of the famous concert halls of Europe and the US and is known as an outspoken defender of the pure tradition in an age when this art form has suffered due to the trend of commercialisation. 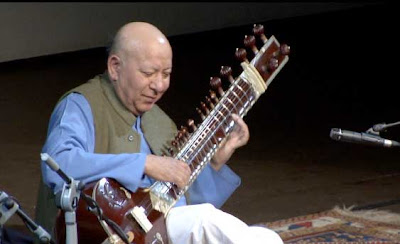 On his webpages here, where the above biographical note is snipped from, there are several videos and 6 more CD's of his music to listen to. 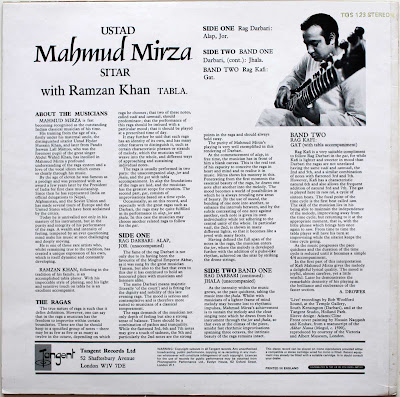 thank you. For expanding my musical and cultural horizons with this recording

Thanks for this rare treat, didn't know about Mahmud Mirza!

Very generous of you to share these priceless recordings, bo. Ustad Mahmud Mirza has been a revelation for me, I admit I hadn't even heard of him before you spoke about him some time back.

I'm thoroughly enjoying his graceful and quiet delineation of darbari, a real treat :)