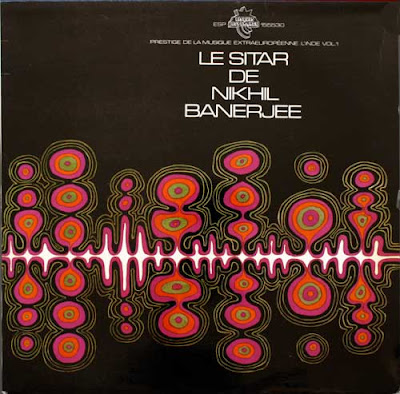 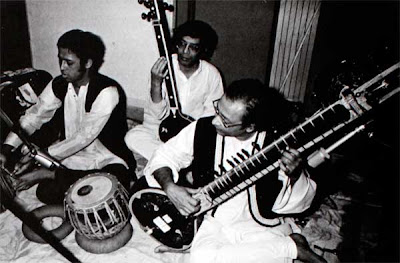 Nikhil Banerjee, this time recorded in Paris 1975. I like very much his more contemplative and slower pace while developing the ragas, and this is one time we have to admit that the format of the LP is not ideal. We are left with beautiful music but still feel a little betrayed as it ends so fast. The longer format of the CD is of course better suited and still the LP was such a tremendous leap from the cut up pieces on 78 rpm's that had to extend over several sides. The affection remains because often we can only hear some of the best artists in recordings on older media. Hope you enjoy this record from this french series with a rather quaint and pretentious name but with the most lovely of all psychedelic covers of the seventies. We had a few of them here already, but there will be several more coming later from this series. Hope you enjoy! 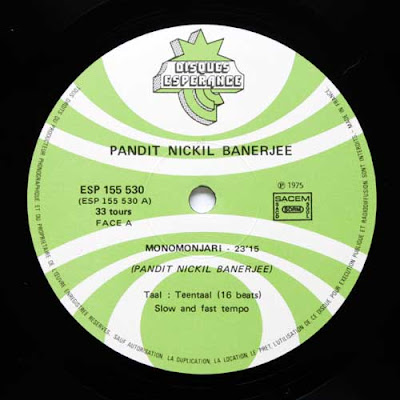 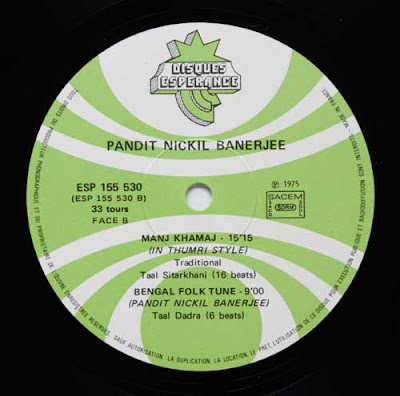 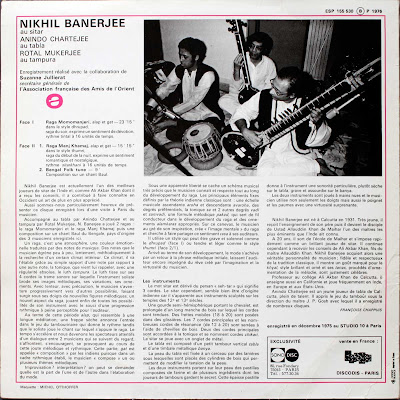 Thank you bolingo! Always ready for some more of Nikhilji's sitar!

Every Nikhilji recording is a gift from highest heavens!

And yes, the shift to CD has been a blessing, even if the great masters were able to summarize a raga in 20-25 minutes,and in the most astounding way.

And yes, the vintage psychedelic cover is delightful!

NB rules, dude!!! ...one of the serious all-time space-travelers...