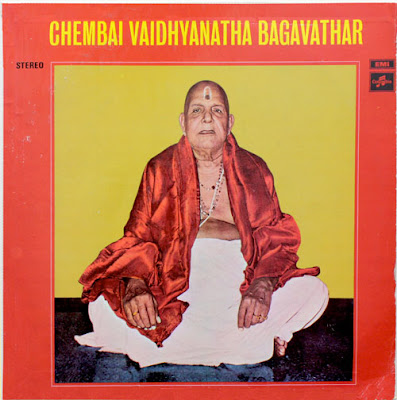 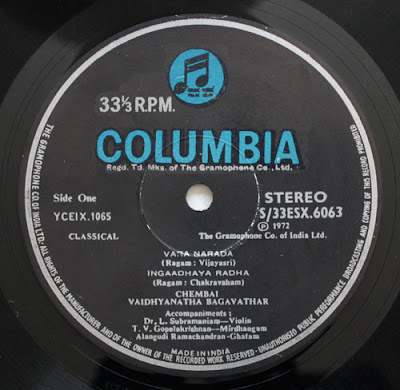 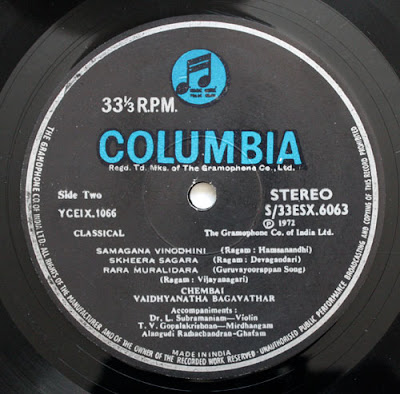 You have no idea how much I like to finally be able to post some really magnificent Carnatic Male Vocal. Here is for some reason a part of the music I listen to the most. There will be a few more male singers coming in the following days!
This is the music I have found to be the most satisfying for my well being, and why hesitate to use words like healing, as in some mysterious way it truly is! This intense constantly glowing inner sound resonating in all directions, permeating every inch of the very substance around me. Music that maybe is not surprising or revealing, but manifest and constant, assertive and firmly embedded in a tradition larger than the individual. Music that promotes the good and makes me want to be a part of mankind. Spiritual music bearing witness of the struggles of the human soul to attain the divine. The love and goodness of cultivating ones heart and mind as one, and invoking the humble practice of selflessness. 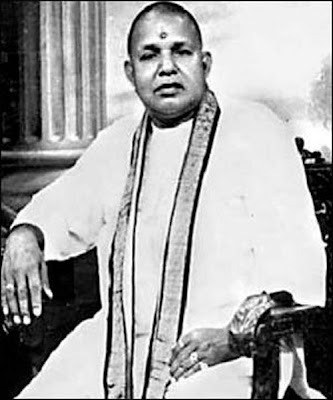 Chembai Vaidyanatha Bhagavatar, Tamil: செம்பை வைத்தியநாத பாகவதர்) was a Carnatic music singer from the Indian state of Kerala. Known by his village name Chembai, or simply as Bhagavatar, he was born to Anantha Bhagavatar and Parvati Ammal in 1895. Chembai was noted for his powerful voice and majestic style of singing. His first public performance was in 1904, when he was nine. He was a recipient of several titles and honours. He was known for his encouragement of upcoming musicians, and also for his ability to spot new talent. He was responsible for popularizing compositions like Rakshamam, Pavana Guru, among others.The music critic 'Aeolus' describes him as "the musician who has meant the most to Carnatic Music in the first fifty years of the 20th century" Some of his prominent disciples include Yesudas, T. V. Gopalakrishnan, V.V.Subramaniam, P.Leela, among others. Many memorial music festivals are held in his honour annually since his death in 1974, the most important being the annually celebrated Chembai Sangeetholsavam.
from the Wikipedia, read some more here

"Chembai Vaidyanatha Iyer was one of the leading practitioners of Carnatic Music in the period usually referred to as the 'Golden Era'. Old timers are enthusiastic in pointing out that he, along with Ariyakudi Ramanuja Iyengar & Maharajapuram Viswanatha Iyer formed the 'Modern Trinity of Carnatic Music', the trio who were responsible for keeping up the concert tradition in the vacuum caused by the departure of the titans in the beginning of the 20th Century before the entry of the bright young stars such as Musiri Subramania Iyer, Semmangudi Srinivasa Iyer, G.N.Balasubramanian, Madurai Mani Iyer and the female-trio comprising of M.S.Subbulakshmi, D.K.Pattammal and M.L.Vasanthakumari, who took to the stage later. But what made Chembai different from them was his voice, that booming, metallic, powerful voice which never seemed to depart from sruti.

It is not very hard to imagine why Chembai, as he was popularly called, was phenomenally popular. With a knowledge of the art deeply acquired and with a voice that earned him the fame of 'Bell Metal Voiced Bhagavatar' with its power and majesty yet sweet and melodious, Vaidyanatha Bhagavatar rose to supreme heights, taking vast audiences to rapturous delights in a span of about 70 years of performance expertise. Born in a family of musicians, whose traditions ran uninterruptedly for over two centuries, and being a great grandson of 'Chakra Tanam' Subba Iyer, who was a contemporary of Saint Thyagaraja, Chembai had music in his blood. A deeply religious man, music in his family was taught and learnt as part of Vedic instruction. He had his early training under his father and equipped himself fully to give an independent performance even at the age of nine. A humble man, he attributed all his success to his favorite God - Guruvayurappan. "
Quoted from webpages created in his honour.
You will find more detailed biography and some anecdotes,
words by other musicians and much more to read on
those webpages here

The accompanying musicians on this album: 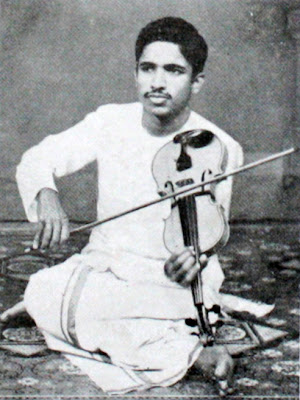 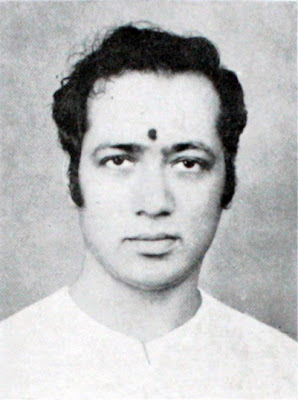 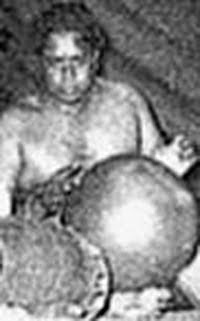 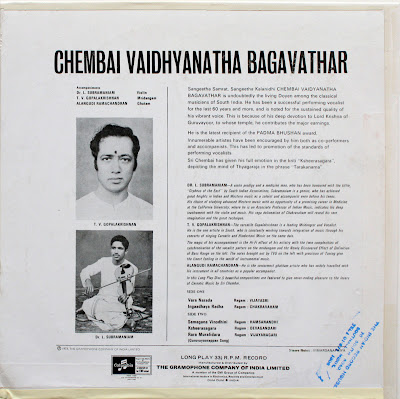 Beautiful disc, indeed. Totally new to me. Plus I love the writeup in your first paragraph – the reason I downloaded the LP in the first place, actually. Thanks.

Thank you for your kind words and happy you took time to listen to Chembai, a long time favourite!

I am actually very happy to see these lines from you, as to me it means that my truly heartfelt sentiments even come through in the imperfect world of words! Happy also to see you here! Watch out later for the first post of Madurai Mani Iyer. Coming "soon"...! ;-)

Yes indeed, your words on the effect of Carnatic music are spot on. A few hours spent with this music always purifies the air and leaves a feeling of peaceful contentment, a quiet, happy glow around everything.

Carnatic music is therapeutic and I speak for myself and my family when I say that we can do with all the therapy we can find, to help us through these difficult days.

Thank you once again, bo, for thinking about us, and for your endless generosity!

thanks a lot for the great Chembai LPs. I totally agree with what you say about the effect of the music. Well put into words. Thank you
Tawfiq