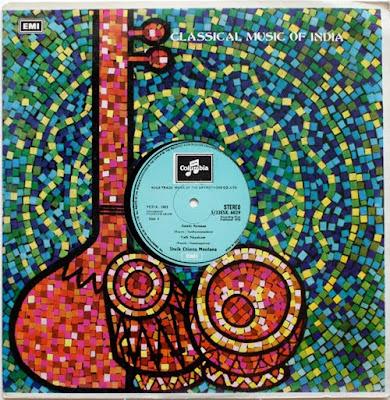 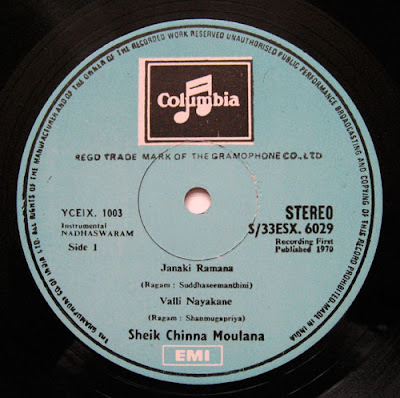 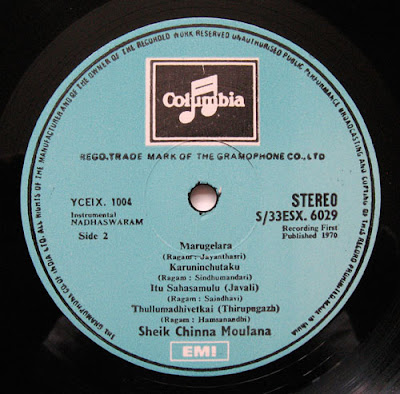 I promised more Nagaswaram music and here comes another of the great masters. The profound artistry of Sheik Chinna Moulana. He was a childhood admirer of T.N. Rajarathnam Pillai, and in later years emulated Pillai's approach to the nadhaswaram.


"For many in the audience, the Dalai Lama’s address was the night’s high-point. But there was a final treat awaiting us; for, at the break of dawn, the peerless nadaswaram player Sheikh Chinna Moulana made an appearance. Here was a man who embodied the Mahatma’s (and Ramu’s) ideals as well as any Indian then living. Born in a Muslim family in Andhra Pradesh, and a practicing Muslim himself, his faith was capacious enough to embrace a deep devotion to Lord Ranganatha. By the time we heard him that morning in Delhi, he had lived for 25 years at Srirangam, making his home just outside the great temple there. Thus was one of the holiest of Hindu holy spots enriched by the presence, and the music, of this Telugu-speaking Muslim."


from The Hindu here 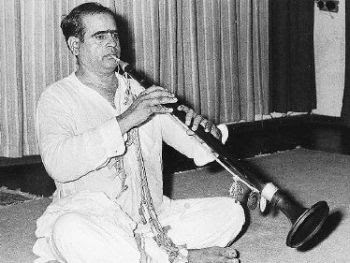 Sheik Chinna Moulana - "chinna" (in this case meaning younger, as opposed to "pedda" elder) - might have remained a provincial musician had he not learnt to combine the Thanjavur style of music with that of his native school; in the event, he was accepted as a nagaswara vidwan of great merit in Tamil country. His hero was Nagaswara Chakravarti T.N. Rajarathnam Pillai, whose birth centenary was celebrated two months ago. There was poignancy when Chinna Moula, delivering his presidential address at the Music Academy's annual festival last December, said that he would place the Sangeeta Kalanidhi title at the "feet" of the late Rajarathnam Pillai before accepting it; poignancy because the Academy had not deemed it fit to honour Rajarathnam with the title, apparently because he had thumbed his nose at the establishment.


Sheik Chinna Moulana was born in Guntur, Andhra Pradesh, into a musical family whose ancestry goes back to Sheik Nabi Sahib of Sattalur. He received his initial training from his father, Kasim Sahib, and later from vidwan Adam Sahib of Chilakalooripeta. He received further training in the Tanjore style of playing under the Nachiarkoil brothers, Rajan and Dorai Kannu.

He was an artiste in great demand and performed extensively in India and abroad. He served as an honorary professor at the Tiruvayyar Music College in Tanjore district. He was known to be a devout follower of the Hindu deity Ranganatha, which lead him to reside in the pilgrim city of Srirangam where he established the Sarada Nagaswara Sangeeta Ashram, a school for aspiring nagaswaram players. Notable students of the ashram were his own grandsons Babu, Pedda Kasim and Chinna Kasim as well as Mahaboob Subani and Kalishabi Mahaboob.

The Music Academy in Madras chose to honour Chinna Moula for a combination of reasons. First, no nagaswara vidwan had been given the title for 37 years. Secondly, Chinna Moula was an outstanding exponent of the nagaswara, a maestro no less, with a large following. Thirdly, he hailed from Telugu country and it would be in keeping with the image of the Music Academy as an all-India organisation to go beyond the boundaries of Tamil land to honour an 'outsider', although Chinna Moula had lived in Srirangam, near Tiruchi, for many years and acquired the status of an honorary Tamil. Finally, as the nation celebrated the 50th anniversary of Independence, it was fitting to honour a man who symbolised not only linguistic but also religious harmony. 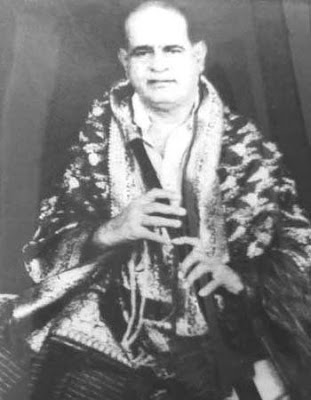 This cover below is the typical generic cover that many records were sold with when the originals were used up. This is the most "generic" of them all, with the same image on both sides. Some had the same artwork but would at least have the name of the artist and the titles of the music printed on them. The original cover would be great to see, so if someone visiting this blog has it please pass it on to me. 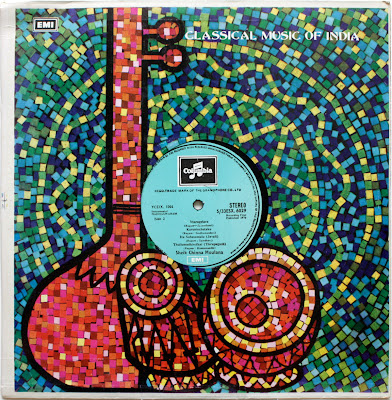 http://www.megaupload.com/?d=HPY9L3HV
photo of cover, not great i know. this is a fantastic record. thanks for the blog.