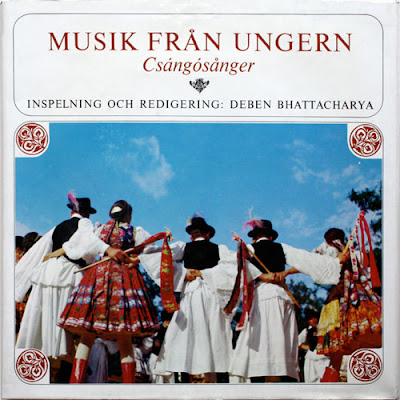 These recordings by Deben Bhattacharya were published by Rikskonserter, 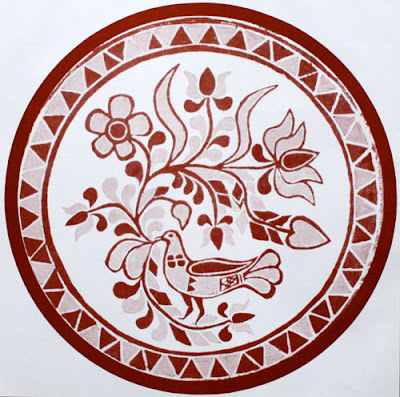 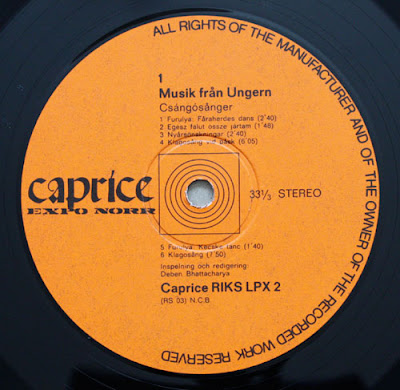 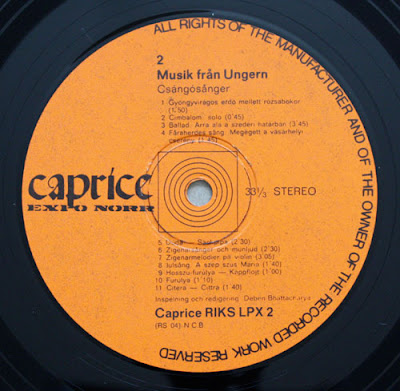 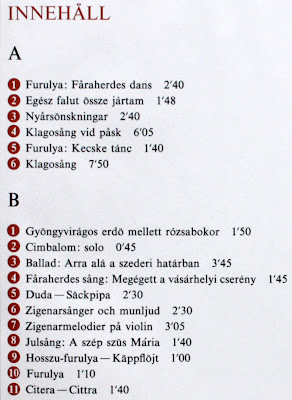 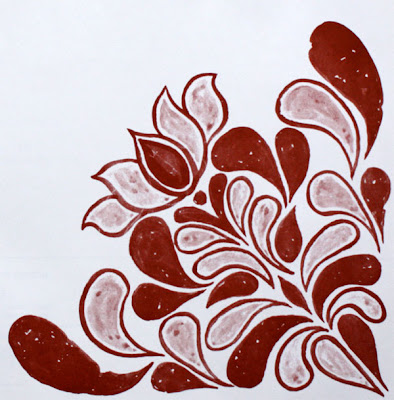 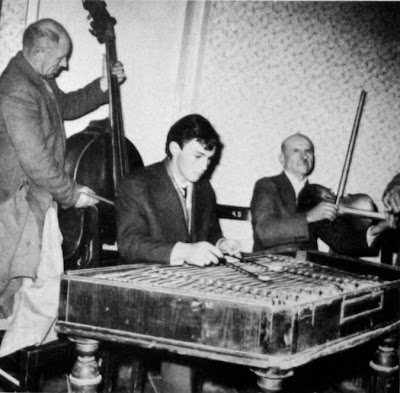 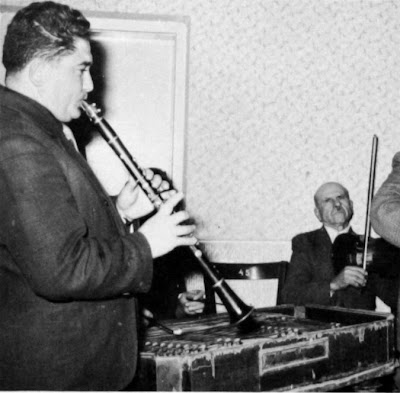 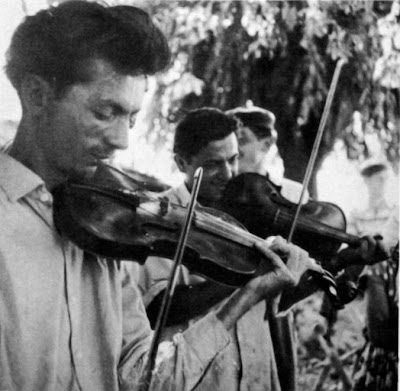 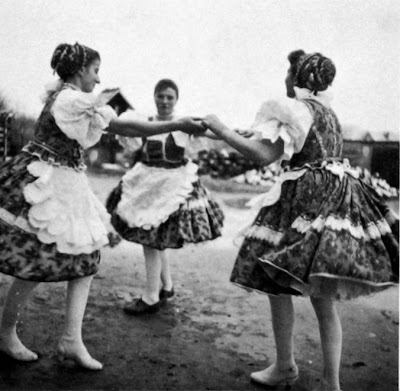 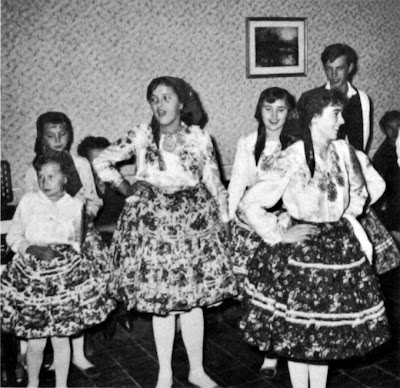 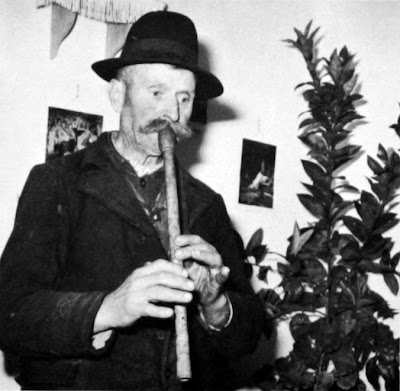 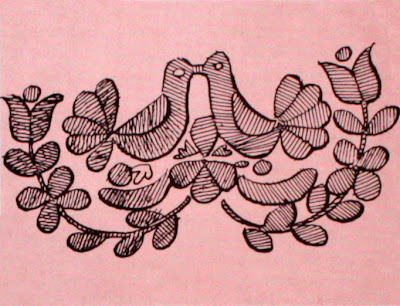 The photography and graphic layout of this record is astounding. I would put it among the most tactile packaging I have seen during all my years handling records and that is from very many labels. The pages are many and the ornaments and decorations plentiful, the graphic design is most pleasing and the paper quality better than good. There may be a slight problem for some of you as the text is only in Swedish. There will be some relief for that once I have posted the next two records that is of similar material and has text in English and French thus allowing you to compare at least overlapping artists.

That said, it was not one of the records with Deben Bhattachariyas recordings that were received warmly by the critics from the musicology camp. Most of the recordings are made between 1964 and 1967 and I think the dates of recording goes for all four of these LP's (i.e. also the Musidisc I just posted and the Argo and Ocora that I will post soon) This one that was published half a decade before the last of them the Musidisc one. Both the RIKS LP and the Argo went rather unnoticed it seems (Folkcatalogue may know something differently about the Argo! If so please tell us!) But not the Ocora [OCR 54] Musique Populaire Hongroise - P.1973 most likely cause the label was better known (at least among musicologists) and it seems it caused a bit a of a stir and maybe because of some grudges among the specialists in the Hungarian circles. I will quote from some reviews once I post the Ocora with recordings from similar material. There seems also to be a problem with "clean" and "contaminated" traditions. True hungarian peasant culture versus gypsy professional musicians. Very interesting... you will see.

Here is first a rather positive review even if it tries to gently caution you more and more about erroneously believing the content to be representative of Hungarian music! A bit strange as the title of the record already mention the minority group that is to be represented namely the Cángós... But the review I post together with the Ocora tomorrow is more fun to read after having read this one.

(This I think is is the same review that Folkcatalogue mentions in his comments to this post!)

From The World of Music Series this issue is designed to please the ear and eye. An excellently recorded disc, together with colorful illustrations of folk performers and detailed explanations of songs and their texts (in Swedish) make up a handsome album.

The Csángós are a group of Hungarians who for centuries lived among Rumanian people in the provinces of Moldavia and Bukovina; it is only since World War II that their repatriation began. Their folklore contains some of the most ancient forms of Finno-Ugric heritage (see Szirmai 1967).

For those interested in studying Hungarian folk music a word of caution is not out of place since this record complements the commercially available sound illustrations rather than represents the wide range of musical tradition. The large proportion of instrumental pieces - a welcome change for the initiated - may mislead the uninformed about the nature of Hungarian folk music which is basically a vocal tradition. Furthermore, neither the selection of songs nor their grouping helps to grasp the evolution of Magyar folksong style outlined by research in that country. The "old" and "new" songs are freely intermingled on the disc; their order aims to contrast vocal and instrumental items rather than to distinguish types or styles.

This makes cross references to printed variants in the Corpus Musicae Popularis Hungaricae cumbersome. From the arsenal of folk instruments we hear the long and short flutes, the zither, bagpipe, cimbalom, and, of course, the fiddle played in the Gypsy fashion. Among the song selections there are two dirges (three, with the inclusion of a flute variant), a ballad, a rather rarely heard New Year's greeting custom, and several folksongs of recent origin.

As to the style of melodies, the pentatonic tradition is represented but little, mainly because some such tunes are performed on instruments, and in this adaptation the underlying five-tone melopoeia is obscured by stereotyped instrumental ornamentation. The two laments illustrate the strophic and recitative types; the latter is an unusually clear recording and demonstrates one of the most ancient Ugric relics still surviving in Hungarian musical folklore. A folk ballad of the eighteenth-nineteenth century vintage speaks about conflict of love, and a variety of religious, secular, and popular tunes, some in which the Rumanian influence is unquestionable, give an excellent representation of current traditional trends among the Csángós.

Anyhow for now we have this beautiful publication and I tried to make as close as possible digital version of it that I could. I think the download is worth it, even if only for the sleeve and gatefolder. Hope you enjoy it. The cover is a fine dark brownish linen and it even smells good, sorry continuo, cannot digitise that. It does resemble some of the early Ocoras like the Burundi, Mauretania and Tchad ones (Burundi is here already I'll post the other ones later) 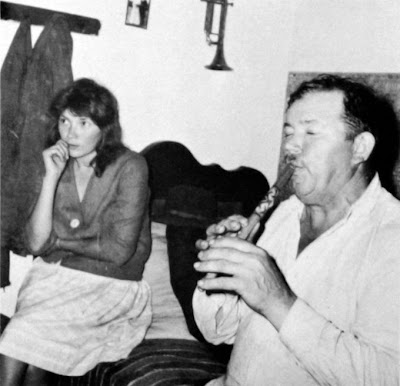 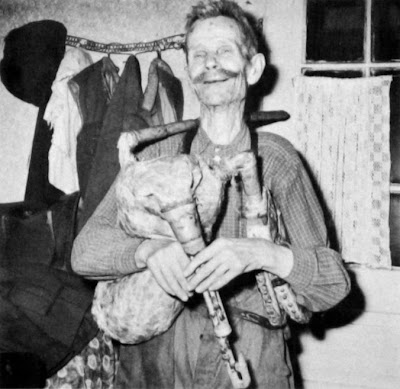 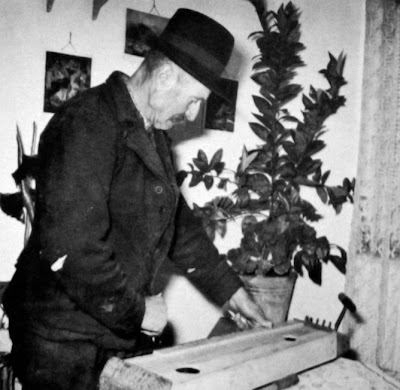 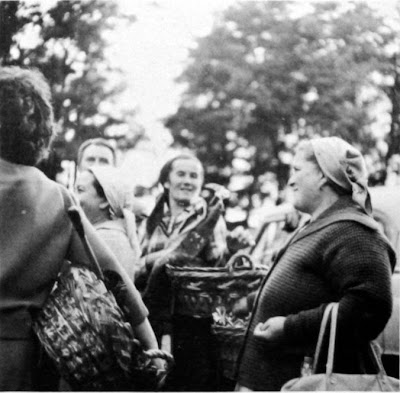 A street in Kecskemét. 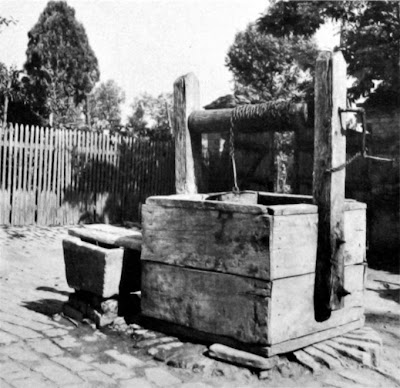 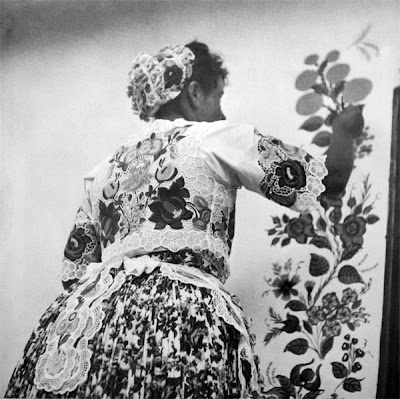 Decorating the walls of the house with painted flowers. 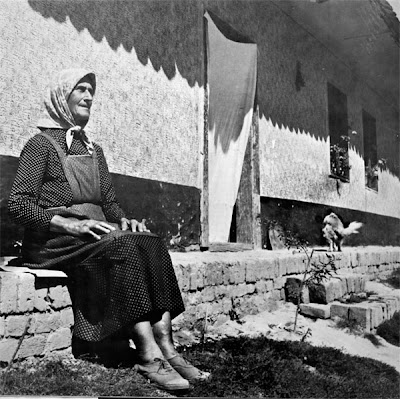 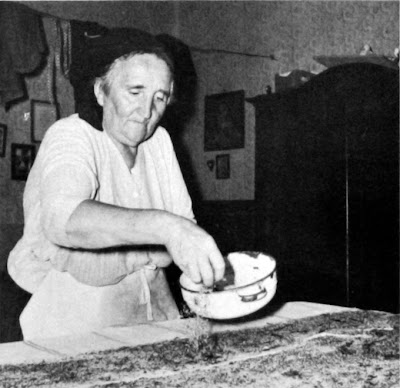 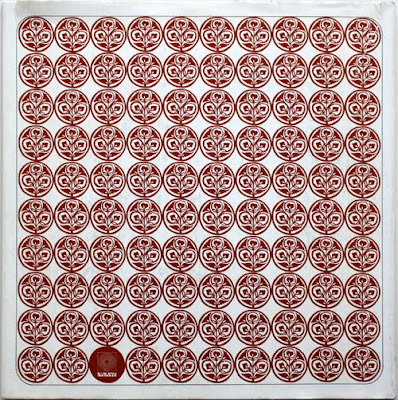 you've done a really nice job on this with all the sleeve and gatefold stuff. and it's a fab LP. thanks.

I've only come across one contemporary review, which was very positive. It appeared in the same ethnomusicologists' mag that was so sniffy about the Ocora album. I'll send it over to you.

I've nicked pics of the singers who coincide on this and the Argo album for a post i've just done. hope that's OK.

I know very little about music from Hungary, and even less about Deben Bhattacharya's forays there, but overall, I enjoyed this record very much, the cautionary review notwithstanding :)

Some good moments for sure, and I'm coming to like the music of the Csango-Hungarians very much, after listening to this record and the other one you just posted. Thanks as always, bo!

A beautiful collectible, and good music too! Seeing your posts is the next best thing to holding these records in our hands. Thanks for all you do!

Very happy for your comments! And at least this one was worth all the editing! What Ross said is what I am aiming at!

I am sure you are also going to like the Rajastani collection "Painted Ballads" coming up a little later!

can you reupload this recording, please? It's very difficult to find some of Deben Bhattacharya recordings, thank you very much!!

No files needed to be uploaded it is just the stupid new rules of RabidShare priviledges that they chanegd behind my back on the 16 january … I finally took time to look in to it and it should be working again aas I made all files public again … There seems however to be a limit in download traffic per user? per day? But hopefully it works now.

Thank yu very much brother!! Keep on the incredible work!!

Hello. Could anyone spot the ”csango” singers? I wonder, if ”Music from Hungary”, where would be the ”csangos” then? The subtitle seems a bit misleading, I guess. thanks
Sașa-Liviu

...I guess not that misleading :). It is probably about the people who left Romania and moved to Hungary.