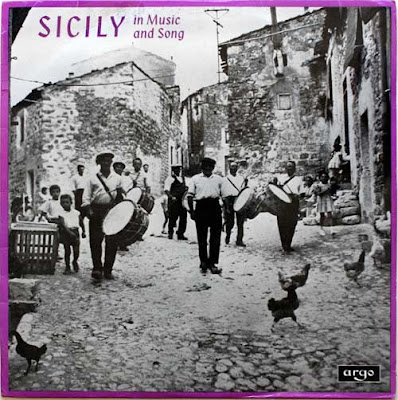 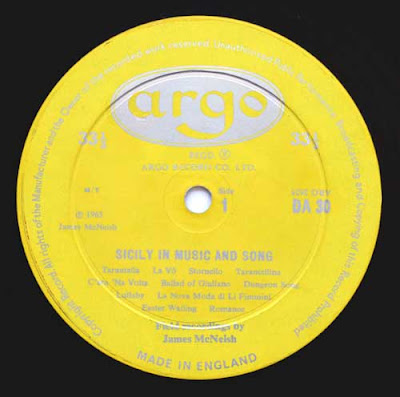 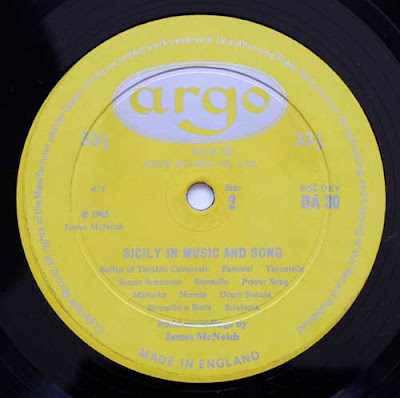 Here is another of the James McNeish field recordings full of good music and atmosphere. I think that some tracks on this record are very precious in deed. I like the big variation covering many different styles and traditions, only thing that is sad is that so many tracks are so short. That does not make the record less important it only makes you want to hear more. I think the Easter wailing track, the Pastorale and the Prayer song are wonderful glimpses allowing a real time travel. The Tarantellina with the jews harp and the Nennia is also very good listening.

Hope you enjoy this one! I will post another one of his recordings with music from Greece, but a little later. Too much other music waiting in line... We will see what comes first, and maybe someone else has some more of the McNeish recordings they could pass along to me so I could put them together with the others... 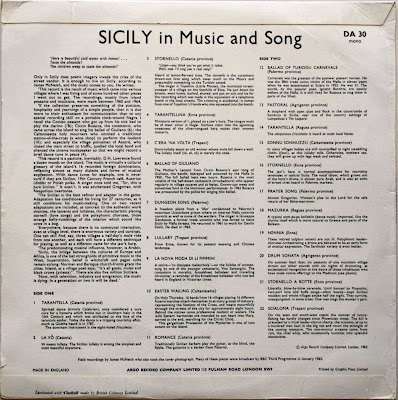 Hello there Gadaya! Indeed it is a very nice one! I like it very much... Nice of you to fall by these waters and thank you very much for your recent Deben posts! I am still listening ;-)

I've been quietly enjoying your posts for over a year now. This was a wonderful record and it took me back to the time I travelled in Sicily in 68-69. Thanks for all you've done in the past, and for what I'm sure you'll continue to do Mr.bolingo!

That wailing song is exceptional, brings to mind so many different things.

Thanks sir bolingo, as always!

Hi
i have a disc lp sicily in music and song, zfb71
i’m italian and live in sicily, Enna , Assoro.

Hi Mr Bolingo! Thanks for your great work here.
I'm very interested by this lp but I can't find it anywhere. Could you please reupload it?
Thanks in advance.