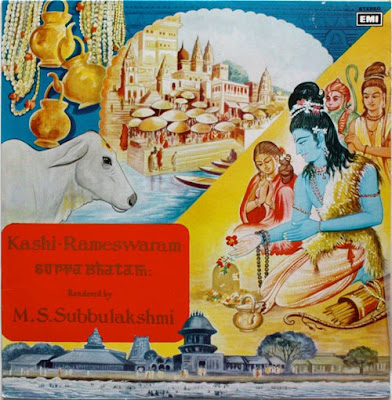 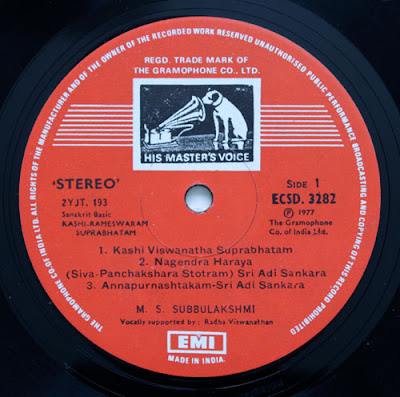 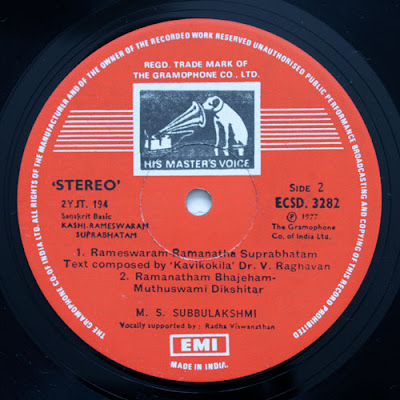 Lord Viswanatah of Kashi-Ganga and Lord Ramanatha of Rameswaram-Setu have been integrateing the whole of Bharat from time immemorial, through the constant flow of pilgrims. Everyday Sri Ramanatha at the southern end of the land is bathed in an unending stream of Ganga waters brought by the devout from the North while their counterpart are making a similar offering of sands from the southern seas to the Ganga in the North.

Here Smt. M.S. Subbulakshmi who has integrated the hearts of humanity through the magic of her divine music, "awakens" Lord Viswanatha and Lord Ramanatha through two soulful Suprabhatams praying to the Almighty to open His eyes for the welfare and happiness of the world. 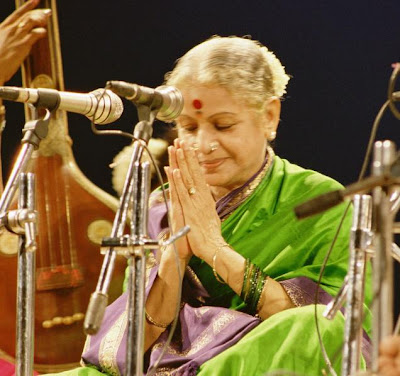 The little girl in pavadai chattai, oiled curls pressed into a tight braid, was too timid for noisy games with other children. But she devised a secret game for herself. Rolling waste paper into a cone, she sang into it for hours – pretending to record a ‘plate' for ‘His Master's Voice', then the biggest gramophone company in India.

Little did the child know that one day she would render the company's bestseller in ‘Venkatesa Suprabhatam,' still enjoying the longest shelf life among Indian audio recording. from Recording a Legend by Gowri Ramanyan,

Continue reading the article published
in The Hindu here 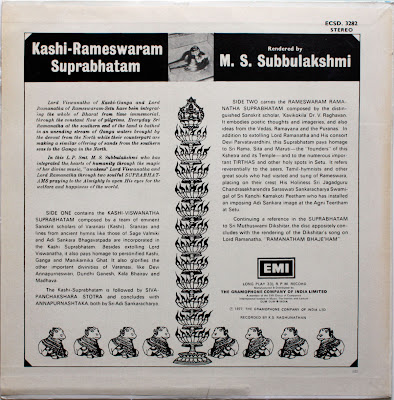 Of course you are always welcome but I guess you have all this at home already ;-)