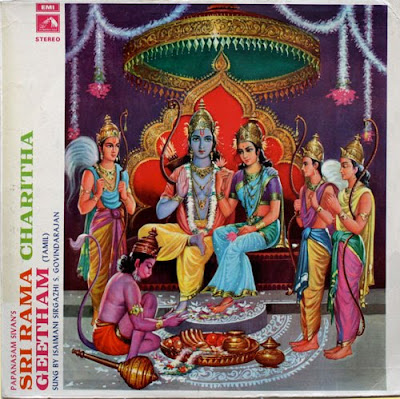 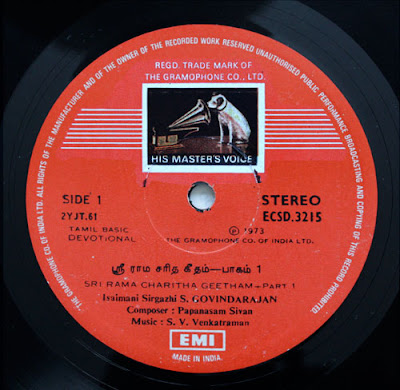 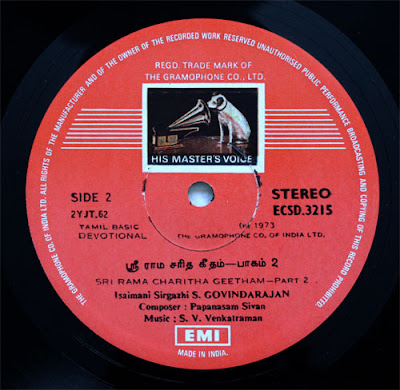 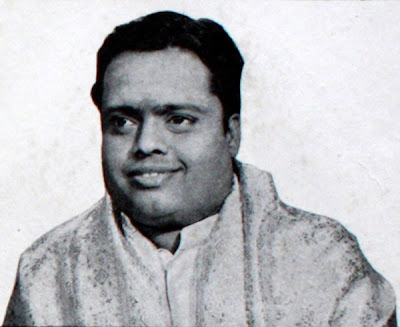 The singer Sirgazhi S. Govindarajan, was a leading vocalist in Carnatic Music. Govindarajan, born in Sirkali in Madras Presidency) and started performing at the age of eight in Tirupurasundari Temple. He graduated from the Tamil Isai College in Chennai in 1949 and learnt music from Thiruppampuram Swaminatha Pillai. He was conferred the Padma Shri award by the Government of India.

Govindarajan had also done playback singing in Tamil, Telugu and Kannada films. Madras University conferred a doctorate (Honoris Causa) on him in 1983. He died in 1988, aged 55. 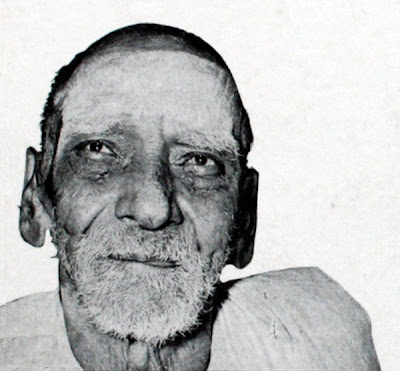 The composition is by Sri Papanasam Sivam who is responsible for hundreds and hundreds of popular compositions in all forms of carnatic music like Varnams, Kritis, Thillanas and like here, a Ragamalika set to Adi Tala, consisting of 24 ragas beginning with a Pallavi and anu-pallavi in Nata raga and 23 charnams unfolding the story of Ramayana. Valmiki's epic in
24.000 slokas epitomized in 24 stanzas of elegant Tamil. 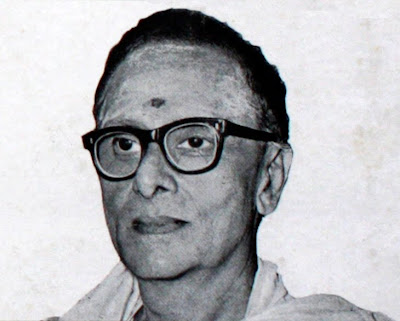 The music director for this Ragamalika, Sri S.V. Venkatraman, is the same person who also supplied the music for the movie "Meera" where the great singer Smt. M.S. Subbulakshmi acted the heroine. Her music will also soon be well represented here as she is one of my favourite singers and that is something I happily share with a larger part of the South Indian population and that I know they are also happy to share with us. 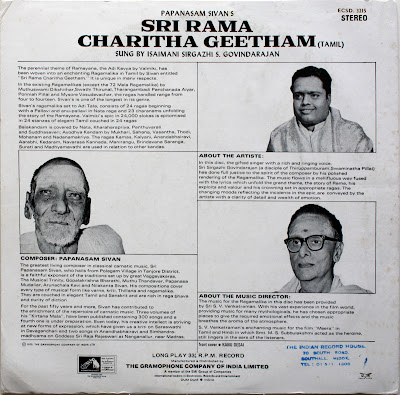 THIS IS SIMPLY GREAT!!!

Thank you very much, bo, for another valuable record. Sirgazhi Govindarajan (or Sirgazhi as he's called) had a unique and powerful voice and style of singing. Even his classical pieces bear that stamp and they sound very different from other artists' interpretations. He had a way of squeezing out every last ounce of bhakti hidden in each composition, and his delivery always made one feel that yes, this is how the words were meant to be sung.

He had many imitators over the years and one of them was his son, Sirgazhi Sivachidambaram, who put out quite a few records himself and earned some kind of small-scale popularity. Unfortunately, he didn't have his father's musical gifts and his name has almost faded away already from public memory, while his father's lives on.

I have to write innumerable pranam and mahathanx for You, Dear Lars, who is the Mahatma of the Nation of the Luobaniya.
If there was some information about your email address I could to explain a detailed danyavaad from/by a kindred soul from Hungisthan.
Namaskar
Laszlo Hortobagyi(www.guo.hu)