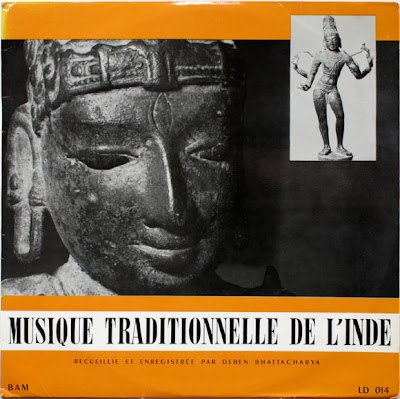 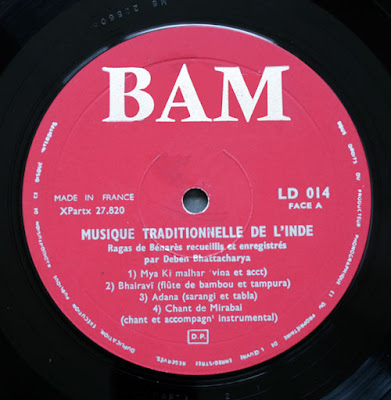 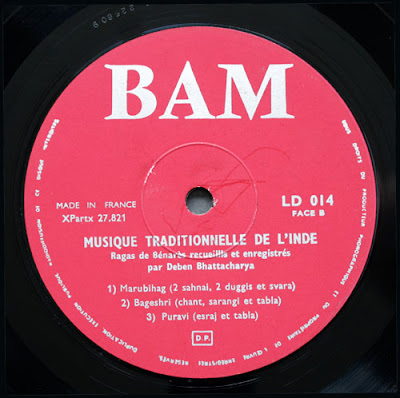 Here are some more recordings by Deben Bhattacharya. These must be some of the first recordings he ever made in India after having practiced in London on the expatriate Indian musicians there. The following are some of his own words about the hardships of financing the recording trip to Benares, culled from a quite interesting interview made with him in 1982 by Kevin Daly.

"I needed £80 for the tape recorder, about £20 for the transformer, and another £25 or so for 20 blank tapes to take with me, plus about £60 for a one way boat ticket to Bombay. Where was I going to get all this money? The Third Programme wouldn’t give me an advance, although I had a guarantee that they would take programmes when I came back. Then I met a lady called Sunday Wilson – extraordinary name – who was a producer for the overseas service. She commissioned me for six five-minute programmes. I got five pounds – no! – five guineas each, so that was £30.6.0 towards it! Some weeks after that, the poet Stephen Spender had started his new magazine ‘Encounter’, and had approached me to write an article on Indian poetry. We met, and when I told him I was going to India, he was very kind, and gave me an advance on two further articles. So that’s how I collected the money for my first recording trip: from Encounter, from Sunday Wilson, and from Harley Usill. Argo didn’t have much money, but they gave me £25, they paid for the Gaumont-British machine, and the tapes against future royalties." Read the full text here...

This record contains more of the classical repertoire. It was recorded in 1954 in Benares but was not issued until ten years after that under the sponsorship of l'Association Française des Amis de l'Orient, so I guess it consists of material that was not selected for publication by the Argo company. Liner notes are again in french... 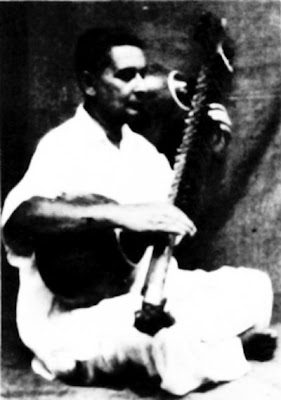 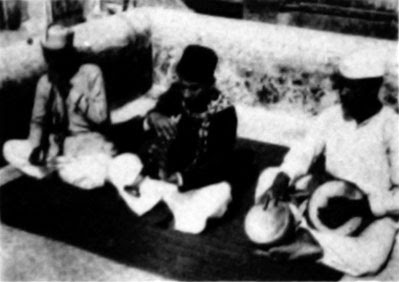 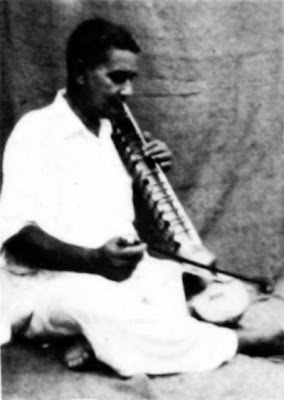 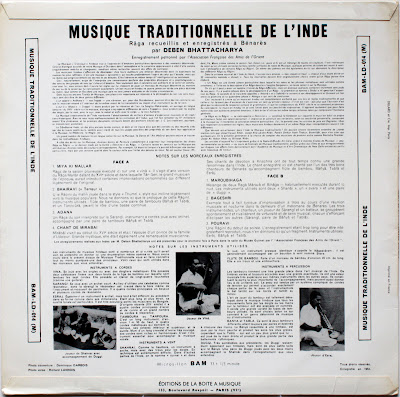 Another fantastic post, your blog is an incredible repository of knowledge and musical expression, many many thanks

Benares in the 50s...wow! Another very special moment in time captured for posterity by Deben.

Thanks for all this wonderfully evocative music. I find myself hooked to these old recordings by Deben Bhattacharya.

Thank you, thank you, thank you. I have been trying to track this album down since (about) 1969. I used to borrow it from my library in Grimsby (!), UK on a regular basis when I was a teenager. I can confirm that it was issued on the Argo label with the title "Ragas From Benares". It was the track Marubihag which drew me to it again and again; I just loved the sound of the 'duelling' sahnai.