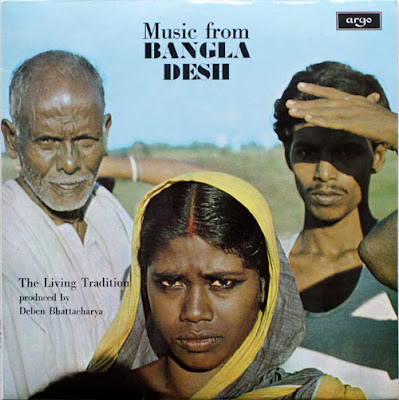 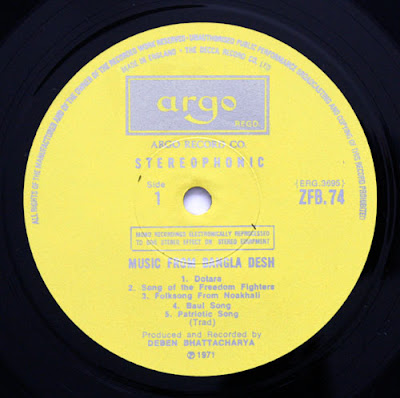 All recordings were made in 1971 during the months of October and November. 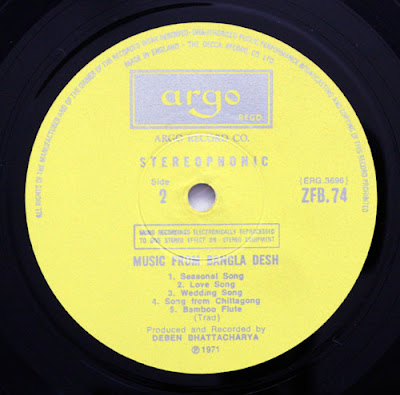 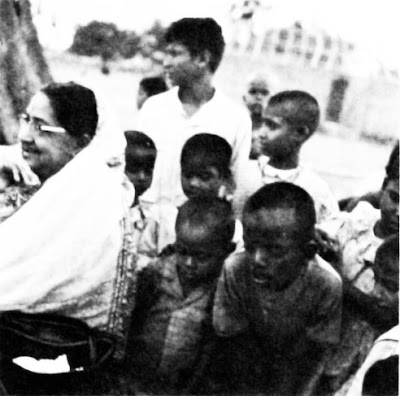 Children at the orphanage Khelaghar in Calcutta founded by
Srimati Maitreye Devi.

The back of the record sleeve, that was published the same year as the big homicide, also contained a plea for donations to an institution for orphaned children that where survivors after victims of the massacre of intellectuals.
The atrocities committed against several groups of East Pakistan, like Hindus and Bihari minorities by the Pakistani army and their collaborators were reported with disgust all over the world ... read more 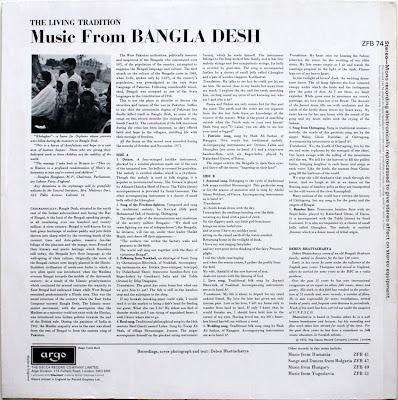 Thank you for two more gems. Nice "wooly" music to warm the soul.

I can't even begin to tell you what joy it brings to see a record of music from Bangladesh. Never expected to hear any music from there!

Such wonderful music and a valuable document as well. This collection of songs records very well the turbulence and uncertainties of the time, but it also shows evidence of the fierce pride and unity of the Bengali people, something that helped them pull through ultimately.
By the way, this is something they're still well known for.

I am happy to see that this LP was well recieved and I will post soon another one from Bangladesh that I am preparing. The recordings are not by Deben Bhattacharya but has a flute solo by Debu Bhattacharji! A noted music director responsible for including Shenai in most of his compositions for the movies to prevent this end blown wind instrument from becoming extinct in Bangladesh.The record was also made quite a while back and published only a year after this one so you will see.

Thank you very much, generous Bolingo!

another treat! can't tell you how fab it is to hear these...thanks