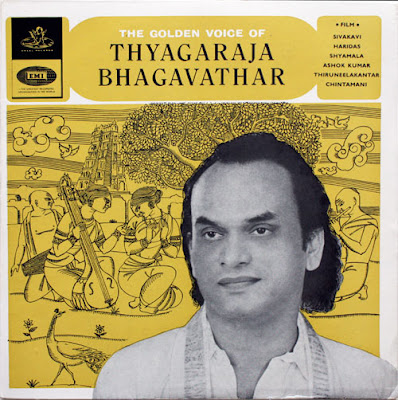 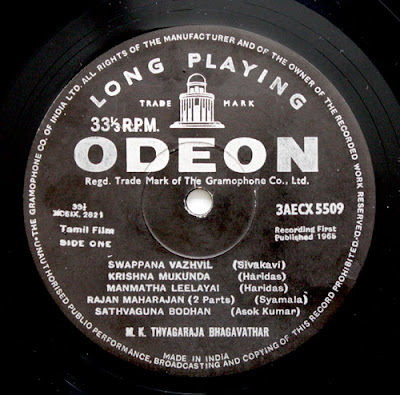 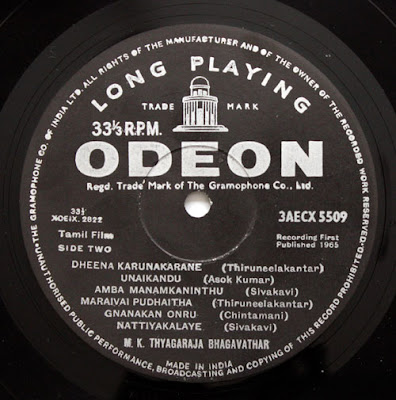 It is really about time that we move a bit south and to tell you the truth Tamil Nadu and Carnatic singing holds much of the miraculous medicine that makes me happy deep in my heart. Hindustani classical is very good for healing wounds and nurturing ones tormented soul, but the true magic is to be happy and believe in it without any proof or obvious reason. Actually there are still so many more reasons in the world why we should not be happy and the crux is of course that it is better to dwell upon happiness than sadness and that in itself is the best reason. Well, anyhow Carnatic music does just that for me. It puts me in a very sound mood of believable happiness without ignorance and in spite of what I see around me of greed injustice and destruction I am still not ashamed. Please come join me in some semiclassical Carnatic filmi music and in following posts we shall take the filmi and devotional road gradually moving via Nagaswaram temple music of T.N. Rajaratnam Pillai, Sheik Chinnamoulana, and some wonderful Carnatic instrumentalists like Lalgudi G. Jayaraman, and Palghat T.S. Mani Iyer, towards the real heavyweights and stalwarts of Carnatic Classical singing with artists like Smt. M.S. Subbulakshmi, M.D. Ramanathan, Manu Somasundaram, D.K. Pattammal, M.L. Vasanthakumari, Madurai Mani Iyer, Chembai Vaidhyanata Bhagavatar and there is no end to the list... Anyhow hope you enjoy this nowadays forgotten singer, once widely popular that I present in the hope that you will be smitten with the good feelings and the exuberant happiness that flows from this music! 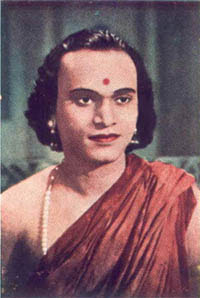 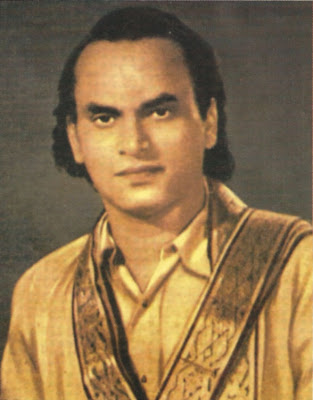 His name is really a mouthful, but as is the tradition, forming acronyms of names of famous people to shorten them, he was also known as M.K.T., and he was not only a Tamil film actor and producer but also a wonderful Carnatic music singer. He is considered to be one of the most successful Tamil film actors ever and I think of him as the K.L. Saigal of the south.

Bhagavathar was born in the town of Mayiladuthurai in then Tanjore district of the Madras Presidency, British India. He started his career as a classical singer and stage artist in the late 1920s. In 1934, he made his début in films with the movie Pavalakkodi which turned out to be a hit. From 1934 to 1959, Bhagavathar acted in 14 films of whom 6 were box-office hits.

Bhagavathar's 1944 film Haridas, ran for three consecutive years at Broadway Theatre, Madras and created the record for the longest continuous run at a single theatre.

Bhagavathar was arrested in 1944 as one of the main suspects in the Lakshmikanthan Murder Case and spent three years in prison before being released in 1947 after a re-trial found him innocent. Bhagavathar's career declined after his arrest and though he did continue to act in Tamil films after his release from prison, none of them did well. Bhagavathar died of diabetes at the age of 49 on 1 November 1959.

Bhagavathar was acclaimed for his powerful, melodious voice and the ease with which he could sing high pitch notes. Critics and film historians acknowledge Bhagavathar as the "first superstar of Tamil cinema".

Bhagavathar was a philanthropist and contributed for important social and religious causes. He was awarded a "Diwan Bahadur" title by the Governor of Madras for his contribution to the British war efforts during the Second World War but he turned it down.

M.K.T. made his début in the 1934 film Pavalakodi; in all, he appeared in 14 movies before he died. Most of his films were record-breakers. Thiruneelakandar, Ambikapathi, Chintamani were among the first highly successful Tamil films. Haridas, released in 1944, was possibly his biggest success as its ran continuously for three years at the same Theatre. 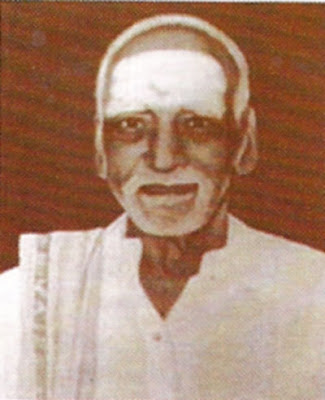 A prominent composer of Carnatic music and a singer, also known as Tamil Thyagayya. Using Classical South Indian as a base, Sivan created numerous hits popularised by M. K. Thyagaraja Bhagavathar and M. S. Subbulakshmi. I will post several more of his compositions as you will see from future posts. In his old age he was approached by a journalist who asked him why he was not composing anymore, the answer was laconic "There are no more Thyagaraja Bhagavathars .... 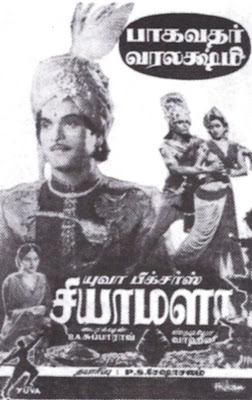 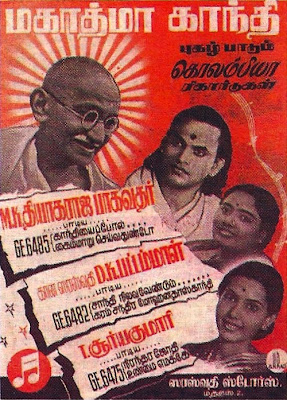 And still some more to read here:

A legend fades into oblivion 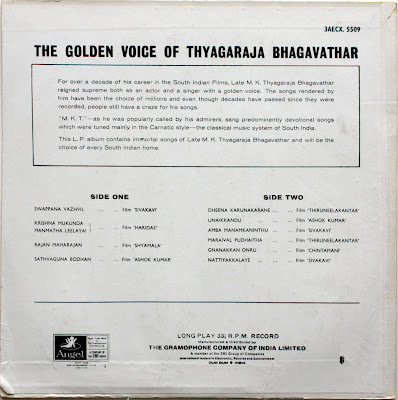 Thank you for your wise words....speaking as a CFS/ME sufferer, the healing power of music should not be underestimated.....Thanks a lot for this Bol...You are an inspiration to the rest of us!
Mystic Tune

Thank you for sharing this rare and exceptional LP! I listened to some songs sung by MKT on a visit to an Indian friend's home many years ago. Didn't expect to find it on the internet one day!

Thyagaraja Bhagavathar, wow! Thanks so much, bo! Yes, you could say he's Tamil cinema's equal of Saigal. Most here will agree that his music and persona have an evergreen appeal. The only other person who had such a mythic image in Tamil Nadu was M.G.Ramachandran (MGR), who also entered the public imagination with films and then went on to become one of the most popular politicians in the state.

Lovely presentation too! Those posters are really nice :)

Many people I know are going to thank you for this record. Some of them don't know a word of English and don't use the internet either. So on their behalf, nandri, thanks, and god bless!

Great job, as always! I've been following your blog for a couple of months and I'm totally lovin' it!!

I've found more music I knew nothing about here than anywhere else on the interwebs....thanks!

A5 Unknown track 6'40 - is the second part of the song of Shyamala, Rajan Maharajan :)

In case if fans are still wondering what the unknown track is.

A quest over for this great LP!! Many thanks, sincerely.