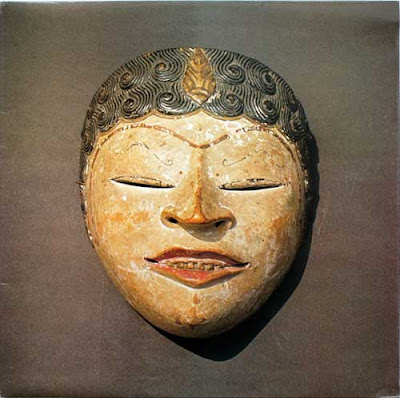 Girl Dancers at the Court of Bantem as seen by an eyewitness 1596. 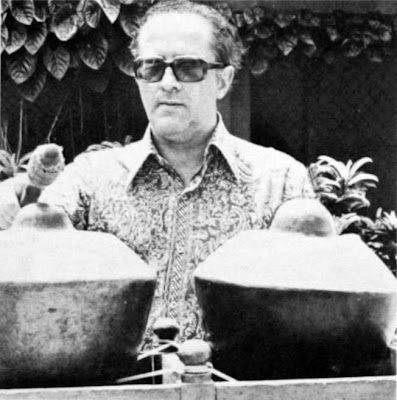 Kenong Gong Chimes
(It does not say so anywhere, but I assume that this is Mike Steyn himself.)

Mike Steyn played an unusual part in the musical life of this country, particularly in the folk revival of the Sixties and Seventies.

While other record companies and producers responded to public interest by promoting the forgotten or neglected treasures of Anglo-American folk music, Steyn went beyond the confines of the West, to Africa and Asia. He launched a number of outstanding musicians and singers, some celebrated in their own countries but unknown in Britain, others new and obscure, and launched their international careers. Their music inspired and influenced musicians and singer-songwriters as diverse as Paul Simon and Peter Gabriel, and bands such as Genesis and Fairport Convention.

A fine musician himself, with an unerring ear for tone and colour, Steyn sensed the potential of artists on first hearing them. His high musical standards and his unusual disregard for commercial gain made Tangent Records, the company he started in the late Sixties, a badge of quality. He distributed his productions world-wide through record companies with aims and reputations similar to his own, among them the distinguished Harmonia Mundi in France and Lyrichord in the United States. As a result many of his recordings have endured and become classics of the genre.

Born in South Africa, Steyn showed a precocious aptitude for music. He was virtually self-taught until a bursary brought him to England to study composition and conducting at the Guildhall School of Music, where he was spotted as potentially a star conductor. Among his contemporaries was Jacqueline Dupre, whom he conducted playing Elgar's Cello Concerto with the Guildhall Orchestra. His energy and passionate love of music inspired the members of the orchestra and won him a second grant to continue his studies for a further two years.

Tangent's first three records were of Ethiopian folk music, recorded in Ethiopia by the late Jean Jenkins, then the Curator of Music at the Horniman Museum. Other recordings followed, and in 1976 he released a box of six LPs of music from all over the Islamic world, to coincide with the World of Islam Festival in London - it is now a collectors' item. There followed seven records of Scottish music with Edinburgh University, three LPs with Mustafa Tettiy-Addy, the Ghanaian drummer and one of Africa's best-loved musicians, and many more - some 120 recordings of music from all over the world.

When he sensed that his job was done, he left to return to classical music and composition, handing over Tangent's distribution to Topic Records, one of Britain's oldest and best folk labels. Unfortunately he also discovered he had cancer. He devoted the same single-minded effort he had deployed in his work to combat his illness, and succeeded in winning long periods of remission - he was given six months by his doctors and lived six years.
From the obituary in The Independent by Shusha Guppy 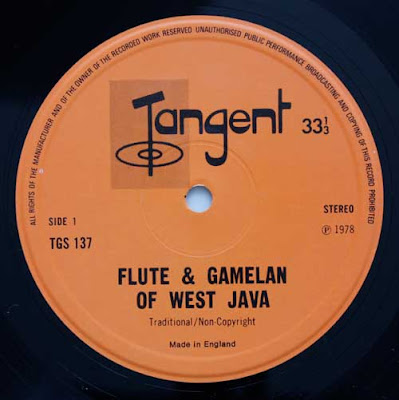 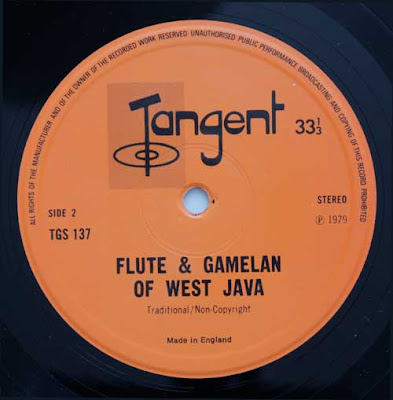 Well I was thinking that we need a little change of climate. Here it was snowing and raining and very grey again and I got a bit low...
But when I heard some very nice music from Madagascar recently posted on Luckys blog (you'll find the links in the sidebar) I felt the sun coming back and I was feeling much better so I started thinking about other climate changers and this record definitely is one. It is also very mellow and most refined, and especially the first side, even if I have started to get more and more sensitive to flutes, this Suling is not at all shrill and most soothing to my ears. Hope you enjoy this music as much as I do and that the warmth emanating from it will thaw also you from the frosty winter that refuses to leave. Well just in case if you are in need of that, otherwise I am sure the music also has beneficiary qualities on many other levels. 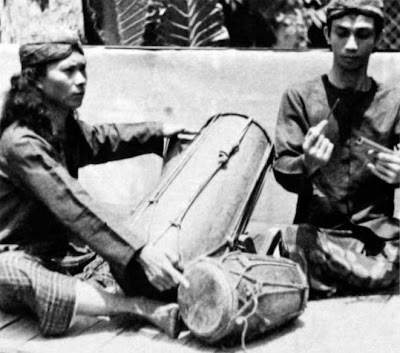 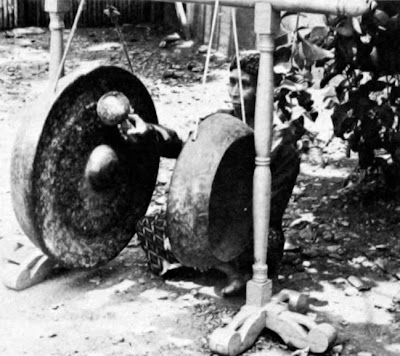 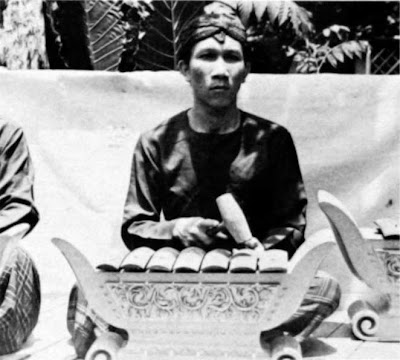 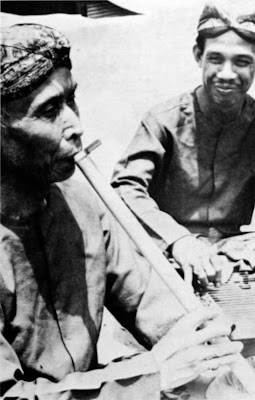 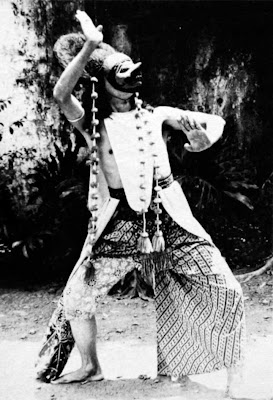 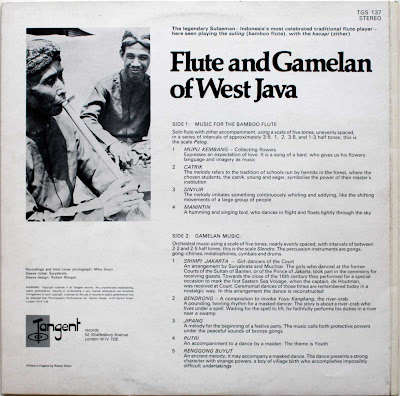 This looks like my kind of sound, perfect for my trip to Sumatra this summer. Thanks and keep it coming

A great record! Thanks bolingo!

As always I am happy that you like what I post. I am having a little bit of a hard time finding out what is the best way to post. Is it maybe diversifying a bit more or is it good to stick to one topic at a time. I have very eclectic tastes but am also meticulously particular with my almost obsessional ideas of taking inventory and to get something "completed" even though I am fully aware of the naïveté and futileness of such an approach. I hope to soon have enough pre-prepared posts to be able to chose from some re-occurring themes and genres. I am aware that there will have to be more african and arabic with more regularity than has been but I am also aware of a huge amount of Chinese, Japanese, Tibetan, Korean prepared material that I should start to post and then there is a huge amount of more documental series of Joik and other Scandianavian folkmusik that I have collected huge amounts of and that I do not see anywhere on the net not even among the folkmusic enthusiasts of Scandinavian traditions.... Well, I'm still thinking about it. What do you think is the best inventory catalogues or a huge selection of very different but tasty pralines?

i'd say, bolingo - go wherever your tongue leads you! you are the main gourmet here, and if you're pleased in what your doing, it sure will show in the posts! :)

a note to the label picture: i never saw something like "traditional/non-copyright" before. it is possibly suffice to say that the musicians themselves didn't much profit from the sale of the records (apart from the fact that there's no big market for it...). ;)

A real classic this, thanks bo! Also great to have the liner notes!

About your question of how to post the records, I agree with Lucky that you should just go where the spirit takes you. Your posts always reveal little known and fascinating corners of our musical world, so there's no doubt that they'll be well received no matter what order they come in.

For me there's also some joy to be had in the discovery of these treasures. I'm a lover of surprises, and each time I log into Luobaniya, I'm silently hoping to find something I didn't expect. And this wish is almost always fulfilled! :)