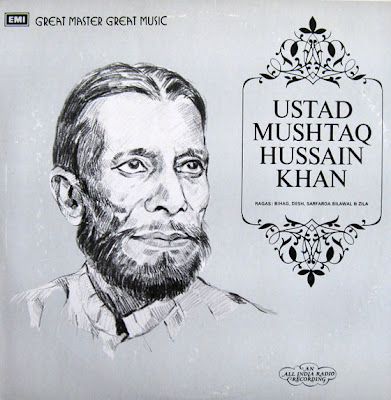 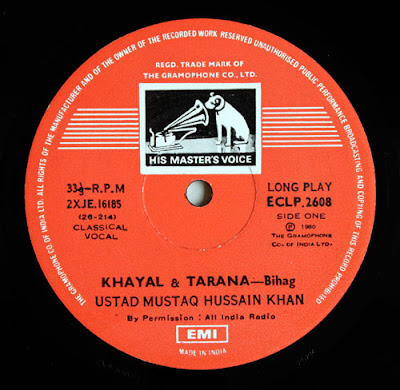 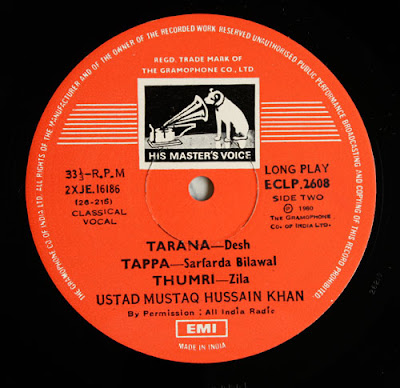 The first few posts of this year I decided to dedicate to some little known masters that are more and more falling into oblivion. I hope the high quality of the music will make up for for the sometimes flawed recording techniques and pressings that are made manifests here. If not, the mere scarcity of these recordings might be enough compensation. As usual, the original LP is in perfect condition and has previously been played only a few times.

Mushtaq Hussain Khan was honoured with the President’s Award in 1952 and the Padma Bhushan in 1957.
He trained a number of students. 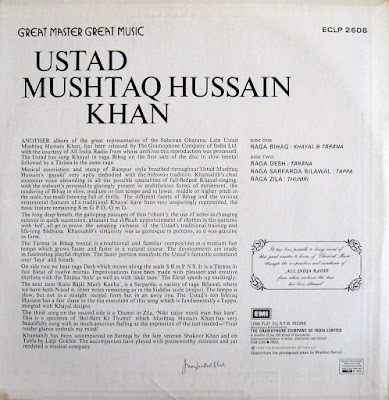 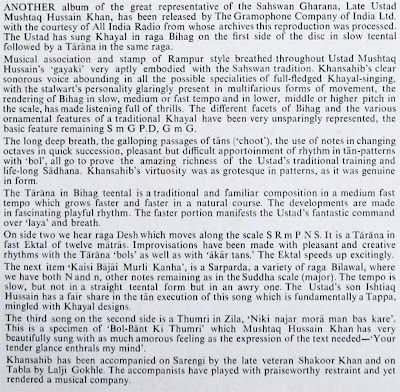 Beautiful album, thanks a lot.

please post this again, I missed it.
I am a great fan of Mushtaq Hussain Khan (I learned a little Hindustan music from one of his students), and am just discovering your great blog. Thanks