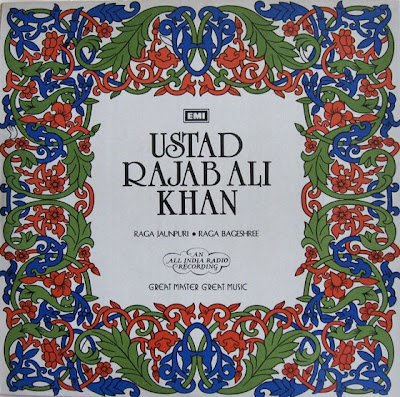 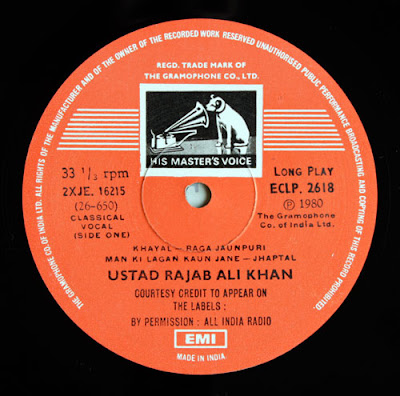 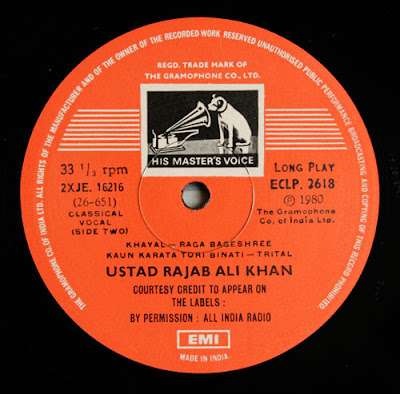 The first few posts of this year I decided to dedicate to some little known masters that are more and more falling into oblivion. I hope the high quality of the music will make up for for the sometimes flawed recording techniques and pressings that are made manifests here. If not, the mere scarcity of these recordings might be enough compensation. As usual, the original LP is in perfect condition and has previously been played only a few times. 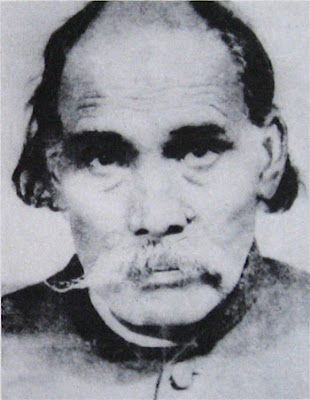 Rajab Ali Khan (1874-1959), born in Narsingarh, Madhyam Pradesh, learnt music from his father Manglu Khan, Amritsen (Senee) and Bade Mohammad Khan (Gwalior). He was a court musician of Dewas and Kolhapur. In his day, Rajab Ali Khan was known as much for his tremendous musical acumen as for his picaresque ways. A master vocalist, he was also proficient on the Rudra Veena, Sitar and Jala-Tarang. Several musicians of high standing learnt from him, among them his nephew Aman Ali Khan of the Bhendibazar Gharana (and through Aman Ali the influence extended to Amir Khan), Nivruttibuwa Sarnaik, Ganpatrao Dewaskar and others. Lata Mangeshkar, too, briefly took Taleem from Rajab Ali during her stint under Aman Ali. In 1909, he was conferred the title of Sangeet Ratna Bhushan by the Maharaha of Mysore. His last big musical programme was held in 1957, in Bombay. 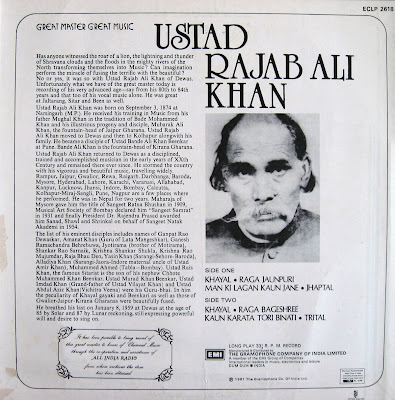 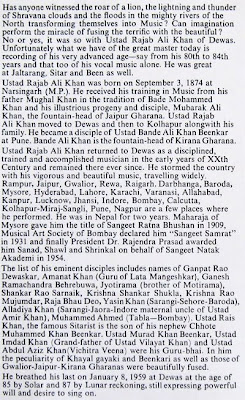 These old records are more precious than words can say. Thank you very much for all your generous shares, from a long-time follower and student of Shastriya sangeet. Please keep up the great work, you're the inspiration for me and my small group of friends, who've been getting together every evening and listening to these records. :)