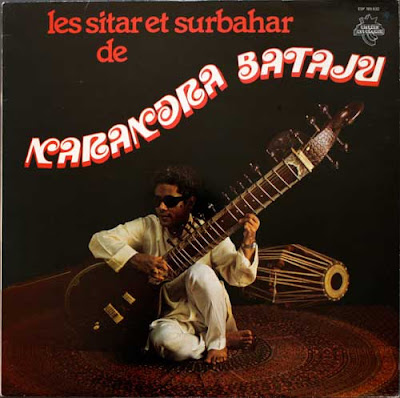 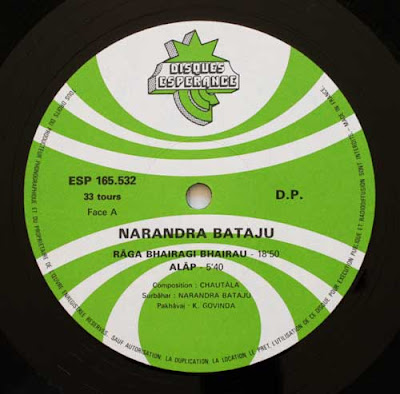 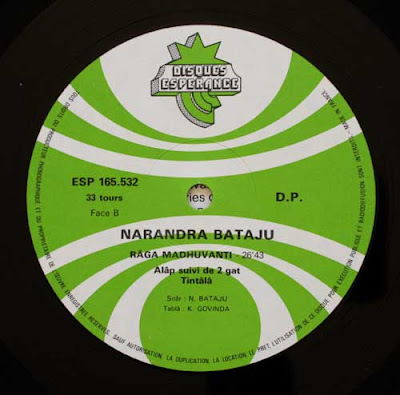 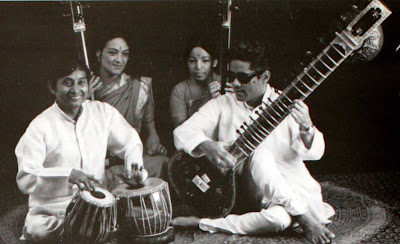 Narendra Bataju is a Surbahar and Sitar player from Nepal now living in Paris. Ravi Shankar was so impressed by his "natural talent, his sense of musical emotion and virtuosity as a sitar player" that he took him as a disciple.

Born in Kathmandu in 1944, and blind from birth, Narendra Bataju early interest in music strated from when he was about eight years. He began learning the sitar with a Master in Kathmandu where he was born. At ten, he sought to improve his knowledge at the Conservatory of Music Lucnow (India), where he studied with the masters Narayan Prassad Shrestra, Yussef Ali Khan and Khan Illias. Ten years later he leaves with a degree in Master and with his first Grand Prix and in 1964 the city of Delhi awarded him a second one.

He then taught his art at a college in Kathmandu, and gave regular concerts for the Nepalese royal family, as well as public concerts and radio broadcast. It was then that he also began teaching classes for many European and American students. In 1972, he decided to come to Europe to teach and moved to Paris where he has been since then, continuing to teach sitar and singing and giving performances throughout Europe. He has also made several records and CDs with his ensemble. 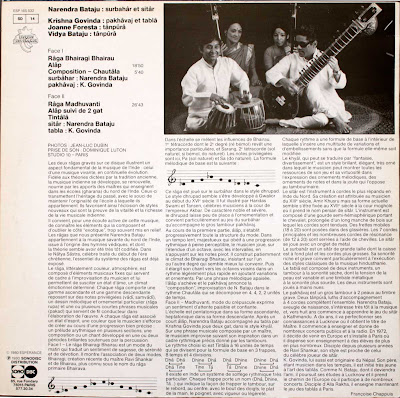 Bo : Cannot Thank you enough for your posts by introducing lesser-known artists to us listeners.

I admit I didn't know about this artist till now. Thank you very much, bo, you continue to do us all a great service!

We, on the other hand, are experts on this artiste! He —

Just kidding! Never heard about him. Is this the only released recording of Maihar style surbahar playing? We don’t know of any others. It’s quite good!